Tanushree Dutta Reaches Out To Women Commission Against Nana Patekar 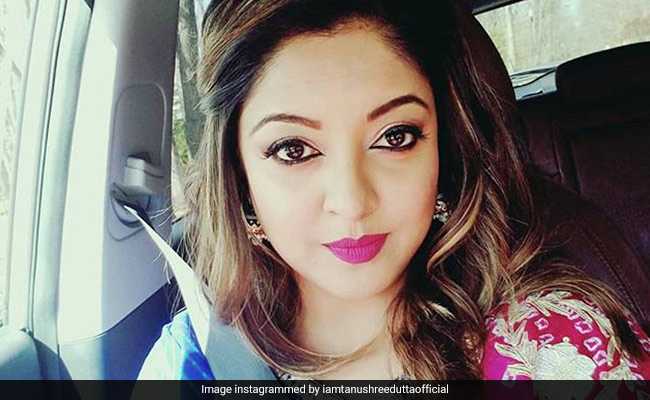 Tanushree Dutta has alleged that veteran actor Nana Patekar allegedly misbehaved with her.

Actor Tanushree Dutta has now knocked the doors of the Maharashtra Women Commission.

The former Miss India has sought women commission's intervention days after she alleged that veteran actor Nana Patekar allegedly misbehaved with her.

Confirming the same, Ms Dutta's lawyer, Nitin Satpute, on Monday told ANI, "The complaint has been lodged with the Maharashtra State Commission for Women. Tomorrow we are going to move the complaint to the District Officer as per the Sexual Harassment Act Section 9."

He added, "Tanushree Dutta's statement has not yet been recorded, so tomorrow she will come for the same along with the witnesses. After recording the statement, we will take the next step."

In the letter, Ms Dutta stated that she lodged her complaint for the registration of FIR under Sections 354, 354 (A), Section 34 and Section 509 of the Indian Penal Code (IPC).

She revealed how before shooting the song, she had clearly mentioned that she will not enact or perform any lewd, vulgar or uncomfortable steps. However, on the fourth day of the shoot, Nana Patekar's behavior was inappropriate.

"He was grabbing my hands and teaching me how to dance," Tanushree Dutta had told NDTV, in charges that have since sparked a number of public accusations against men in the media and entertainment industry. Ms Dutta had also alleged political threats and a "violent attack" by activists of the Maharashtra Navnirman Sena or MNS, after she protested the incident 10 years ago.

Ms Dutta complained the same to the authorities, but to her surprise, new steps were introduced by Ganesh Acharya, which were intimate and included Nana Patekar touching her inappropriately, she alleged. The actor further said she was being "forced and pressurised" to do the steps and after she refused, the producer threatened to defame her.

On the way out, her car was brutally attacked but with the help of the police, she managed to escape from the spot, the complaint further read.

"We were then taken to the Goregaon police station and my statement was recorded but not as per the complaint. Many parts of my complaint were deleted, omitted and avoided," she alleged.

She added, "After the above incident, I was under tremendous shock and I suffered psychological trauma and was unable to take work and suffered a huge monetary loss in crores."

Ms Dutta stated that she had also lodged a complaint with Cine And TV Artistes' Association (CINTAA) in March 2008.

Denying allegations levelled against him by Ms Dutta, Nana Patekar on Monday said that the truth behind what happened 10 years ago won't change. "Jo jhooth hai, woh jhooth hai (A lie is a lie)" he said before getting into a car. "Dus saal pehle iska jawaab de chuka hoon (I had said this 10 years ago)," he said. Choreographer Ganesh Acharya too said that the incident had "never happened".