Tanhaji: The Unsung Warrior is unstoppable at the box office 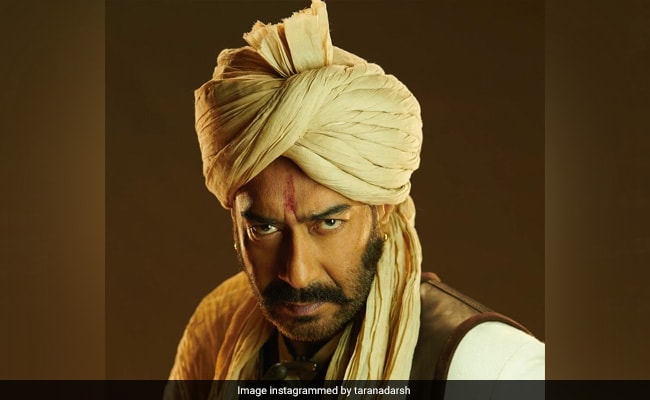 Ajay Devgn's Tanhaji: The Unsung Warrior has been performing exceptionally well at the box office and it has managed to collect Rs 145.33 crore within 9 days of its release, reports Bollywood trade analyst Taran Adarsh. The film collected Rs 16.36 crore on Saturday alone. In his tweet, Taran Adarsh stated that the film that also stars Kajol and Saif Ali Khan, is likely to cross the Rs 150-crore-mark on Sunday and that it is trending better than Akshay Kumar and Kareena Kapoor's Good Newwz.

The film opened to largely mixed reviews from the film critics. In his review for NDTV, film critic Saibal Chatterjee gave the film a 2.5-star rating and wrote: "Tanhaji: The Unsung Warrior is impressively mounted and the climactic sequences are first-rate. But too much artifice and too little authenticity is the film's bane."

Tanhaji: The Unsung Warrior  has been directed by Om Raut and it has been co-produced by Ajay Devgn and Bhushan Kumar. The film also stars Pankaj Tripathi, Sharad Kelkar, Luke Kenny and Neha Sharma in pivotal roles. The film opened in theaters on January 10 and it clashed with Deepika Padukone's Chhapaak at the box office.