Tanhaji: The Unsung Warrior Movie Review - Ajay Devgn's Film Is A Treat For The Eye, If Not For The Mind

Tanhaji: The Unsung Warrior Movie Review - Ajay Devgn and Saif Ali Khan are in their elements. Kajol gives a great account of herself. Tanhaji: The Unsung Warrior Movie Review - A poster of the film (courtesy ajaydevgn)

A treat for the eye, if not for the mind, Tanhaji: The Unsung Warrior, co-produced by lead actor Ajay Devgn, is a 3D period biopic that gives historicity a wide berth and pieces together a dramatic enactment of a 17th century Maratha conquest of a strategic fort under the control of Mughal Emperor Aurangzeb. The makers of the film do admit as much in an upfront disclaimer upfront to cover their tracks and assuage any outrage that might be caused by the liberties that they have taken.

The two principal stars of Tanhaji: The Unsung Warrior, Devgn and Saif Ali Khan, in the guise of a ferocious Rajput fort-keeper who is unquestioningly trusted by Aurangzeb, are in their elements. It is another matter that the warriors that they play are shorn of authenticity.

Neither the hero Tanaji Malusare, an iconic Maratha military general who served Shivaji before he was coronated as the Chhatrapati, nor Udaybhan Singh (Saif Ali Khan), a brutal warrior, is human. The former is a paragon of rectitude and valour, a man so intrepid that he puts his son's wedding on hold to lead the assault on the hill fort of Kondhana. The latter is Devil Incarnate, a ruthless taskmaster who grandly declares that in his darbar pardon isn't an option, only punishment is. As a result, any nuanced portrait of a fierce confrontation is ruled out.

Director Om Raut, making his Hindi-language debut, confuses scale with cinematic finesse. To his credit, however, Tanhaji: The Unsung Warrior is not devoid of visual flourishes. Most of them are a result of the work of the CGI technicians and the 3D cinematography by Japan-born, US-trained Keiko Nakahara. Tanhaji: The Unsung Warrior is impressively mounted and the climactic sequences are first-rate. But too much artifice and too little authenticity is the film's bane.

The storyline, derived from a chapter in the annals of the Maratha Empire and run through a blender devised by a blinkered Bollywood, is simple. The proto-nationalist is Hindu, a pious, God-fearing family man who thinks nothing of putting the empire (equated facilely with nation) before self. The antagonist is Hindu, too, but fights on the side of a Muslim emperor, which makes him worse, a traitor beyond redemption. Udaybhan is a Rajput, but the film makes it a point not to show him as a man who has anything to do with worship and prayer. He is Godless and, therefore, beyond salvation.

Tanhaji: The Unsung Warrior starts with a brief mid-17th century prelude. Tanaji is a boy but he is already a skilled swordsman and fighter. His doting father is impressed no end. The old man dies in battle, leaving his prized scimitar behind with his son. Jump to 1664. Under the treaty of Purandar, Shivaji surrenders 23 of his forts to the Mughals. The ruler's mother, Jijabai (Padmavathi Rao), vows to walk barefoot until Kondhana Fort is wrested back.

Four years on, Shivaji plans an attack on the fort but conceals the information from Tanaji, his most trusted aide, because the latter is preparing for his pre-teen son's wedding back in the village. It is a child marriage, but this is the 1660s, so let's refrain from calling anything into question.

Another warrior in the Maratha court, Chandraji Pisal (Ajinkya Deo), who envies Tanaji's clout, spills the beans when latter accompanied by his wife Savitribai (Kajol) travels to Raigad to extend a wedding invitation to Shivaji. Tanaji confronts Shivaji and requests him to let him lead the assault on Fort Kondhana. The fort first, only then my son's wedding, the general proclaims. Shivaji is forced to acquiesce. 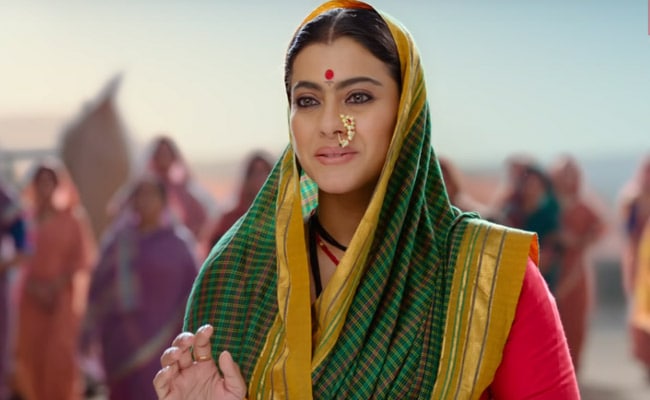 Udaybhan Singh, Aurangzeb's former chief bodyguard, is now in charge of the impregnable fortress that stands atop a steep rocky hill. Here he holds a young widow Kamla (Neha Sharma) captive after dragging her out from her dead husband's pyre, but he does not force her in any way to surrender to his advances. I will wait until your 'no' changes to 'yes', he says. Udaybhan is an evil man but here we have him performing two acts of surprising 'nobility': not only does he prevent a Rajput woman from committing Sati, he also decides that consent matters.

But that facet of the villain's personality is drowned out in the portrayal of an evil man who chops off an elephant's trunk, pushes a cowering guard over a precipice for a minor lapse and slaughters his adversaries without batting an eyelid. Saif's Udaybhan is Ranveer Singh's Alauddin Khilji revisited. In one scene, he feasts on a crocodile being slow-roasted on fire, which is meant to underline how perverse the man is. 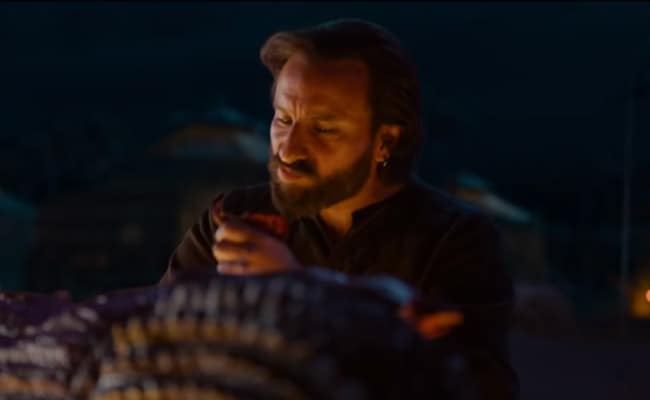 The impulse to project Tanaji Malusare as a morally infallible man wedded to the cause of swaraj is easy to understand in the light of the glut of the Hindu-Muslim binary-pushing historical sagas that a segment of Bollywood is so in thrall of these days.

The emphasis on the colour bhagwa (saffron), too, is understandable - that was the colour of the Maratha confederacy's flag - but the constant reference to the adversaries of the Marathas as shaitaan (devil) and darinda (beast of prey) only serves to further a simplistic narrative that ignores the historical realities that obtained in this vast, diverse land of ours 350 years ago.

Tanhaji: The Unsung Warrior, written by long-time Sanjay Leela Bhansali collaborator Prakash Kapadia with Om Raut, foists a terribly dull voice-over on the audience to guide it through a distorted history lesson. The best that it can manage, by way of an introduction, are cliched lines to the effect that in the mid-17th century India was a "sone ki chidiya" grievously wounded by a wave of invasions. Come up with something new, for god's sake! 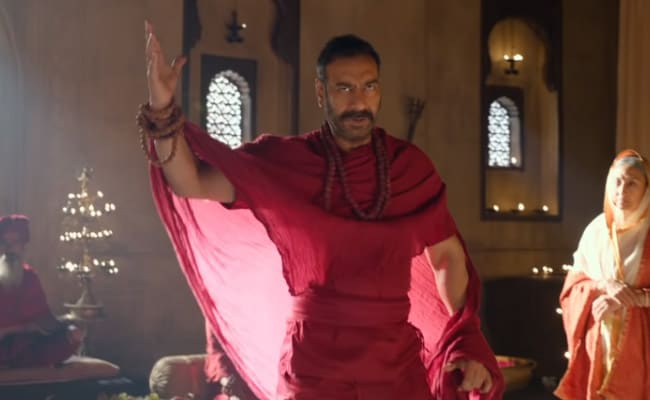 Tanhaji: The Unsung Warrior Movie Review - Ajay Devgn in a still from the movie

On the positive side, for a swords-and-spears costume drama, Tanhaji: The Unsung Warrior is pretty crisp. The performances breathe some life into the proceedings when the show threatens to turn overly stuffy. While Devgn and Khan deliver some neat blows on the way to the final face-off, the supporting cast members, notably Sharad Kelkar as Shivaji, Luke Kenny as Aurangzeb and, of course, Kajol, give a great account of themselves.

Watch Tanhaji: The Unsung Warrior for its surface gloss: one attribute that the film has no dearth of.