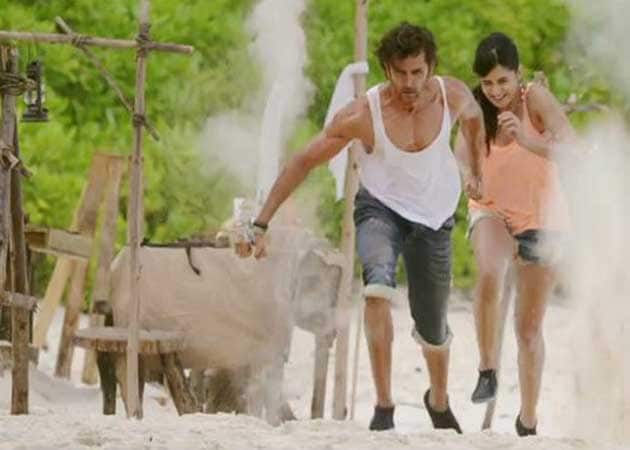 A still from Bang Bang

The Tamil and Telugu versions of Bang Bang, featuring Hrithik Roshan and Katrina Kaif, which released on October 2, jointly raked in over Rs 3 crore at the box office in five days. It's said to be the highest for a dubbed Hindi film.

"While the Telugu version collected about Rs 2.1 crore, the Tamil version of the film minted Rs 97 lakhs. This is the best ever opening for a dubbed Hindi film," trade analyst Trinath told IANS.

"The long festival weekend helped the film register a big opening. Bang Bang even surpassed Hrithik's Krrish 3, which had a very successful run in the dubbed versions as well," he said.

The Siddharth Anand-directed Bang Bang has collected Rs 201.51 crore from all its dubbed versions in five days worldwide.