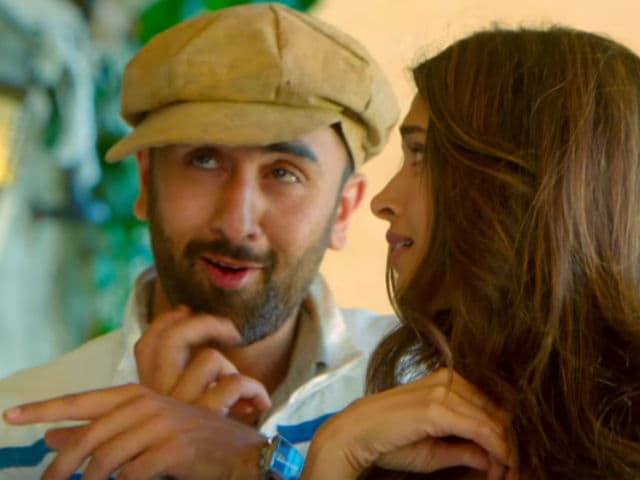 A still from Tamasha.

"The Dev Anand imitation was a part of the script. Imtiaz wanted that because Ved and Tara meet in a place and they decide that they are not going to disclose their names to each other. They also do not say where they're from. So he becomes Don and she becomes Mona darling," said Ranbir.

"He becomes Dev Anand and she becomes a prostitute. It was fun doing that because Dev Anand is the king of romance and we did not want to make fun of him but pay homage to him. It was fun doing it. I did a lot of classes from mimic artists because it is very difficult to mimic those dialogues," added Ranbir.

Tamasha has been shot extensively in Corsica and the Ranbir said that the whole team had a great time filming it there. Ranbir also spoke about Deepika.(Also Read: What Deepika Padukone Says About Working With Ranbir Kapoor)

"If you get to know Deepika and if you get to speak to her at a fun time, she is somebody you can have a lot of fun with," said Ranbir.

"Imtiaz told me that when he was working with Deepika while filming Love Aaj Kal, she came across as a very reserved person and he was thinking, 'how do I break the ice?'. One day I started talking to her in a very cheap manner and she responded with a twinkle in her eye," added Ranbir.

Ranbir, who has worked with Imtiaz in the 2011 film Rockstar, met him for the first time on the sets of Love Aaj Kal. Ranbir said that he was jealous of the director at that time because Deepika was impressed by Imtiaz.

"I was jealous because she was so enamoured by his looks. She would come and tell me that he is so good looking and he has such great hair. I used to look at Imtiaz with tashan. But Imtiaz is a pure director. He really feels the parts and the emotions which is why he expects his actors to be pure," said Ranbir.

Tamasha will release on November 27.