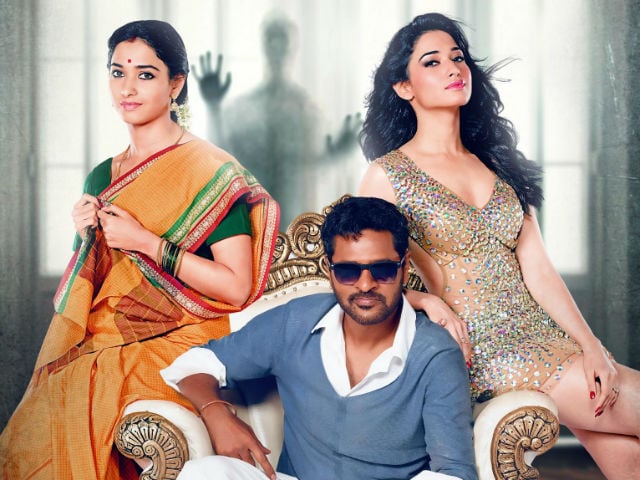 A poster of Devil

Chennai: Actress Tamannaah Bhatia, who is gearing up for the release of upcoming trilingual horror-comedy Devil, says nothing could excite her more than the opportunity to share screen space with actor-filmmaker Prabhudheva.

"When director Vijay told me that Prabhudheva will be playing the lead, I was filled with joy and nothing could have excited me more. I had always idolized him and had even performed at a tribute show for him. I had always wanted to meet him," Tamannaah told IANS.

In the film, Tamannaah plays a dual role of a simple housewife and of an actress.

"It's a film that holds a lot of responsibility and excitement. I'm playing the titular role for the first time in my career and that makes everything even more special," she said.

Directed by Vijay, the film releases worldwide on October 7, as Abhinetri in Telugu and as Tutak Tutak Tutiya in Hindi.

Talking about her solo number Gokka Makka, which has already given audiences a glimpse of Tamannaah's stunning moves, she said it's very close to her heart.

"It took us 15 days to rehearse the song, and followed by two more days of shoot. By the time we finished shooting, I became emotional," she recalled.

The film is Tamannaah's first trilingual, and it was wrapped up in 58 days.

"It's not a joke to complete a trilingual film in 58 days. The credit goes to my director and the producers who ensured everything was well planned and executed. There are three producers and each one of them was so involved," she said.

Promoted
Listen to the latest songs, only on JioSaavn.com
The film also stars Sonu Sood, who had produced the Hindi version.