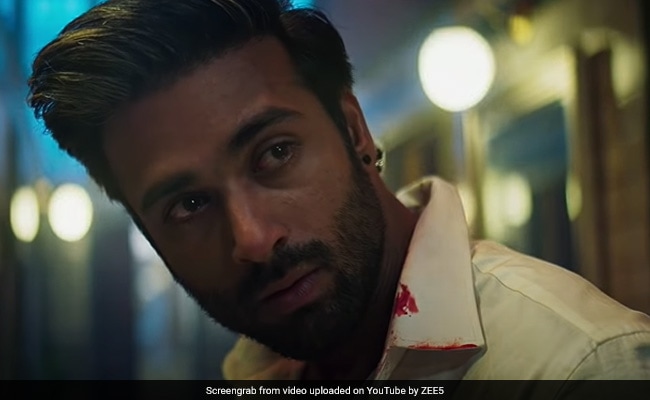 Pulkit Samrat in a still from Taish. (Image courtesy: YouTube)

The makers of Taish dropped the teaser of the film on the Internet on Saturday and we bet it will keep you glued to the screen till the end. Taish features Pulkit Samrat, Jim Sarbh, Harshvardhan Rane, Kriti Kharbanda, and Sanjeeda Sheikh. It is a revenge drama that will release on ZEE5 as a film, as well as a six-episode web-series. Pulkit Samrat and Harshvardhan Rane's intense performances in the teaser will surely leave you wanting so much more. The teaser, which doesn't reveal much about the storyline, also features glimpses of Jim Sarbh, Kriti Kharbanda and Sanjeeda Sheikh. Sharing the teaser, the makers described the plot with these words: "A story of two friends whose lives change forever when a past secret comes to the fore and sets off a chain of violent incidents. Will the revelation also test the duo's long-standing friendship?"

Watch the teaser of Taish here:

Taish has been directed by Bejoy Nambiar, who is known for helming films like Wazir (co-starring Amitabh Bachchan and Farhan Akhtar) and Shaitan. Earlier, speaking about the film, Bejoy Nambiar said in a statement: "It is a revenge drama that surrounds two families and an incident that ignites a storm. With love and revenge as a strong motif, the story will take you through an emotional wild ride. This has been a passion project from the word go and I really hope the audience will acknowledge our labour of hard work," reported news agency PTI.

Taish will mark Pulkit Samrat and his girlfriend Kriti's third film together. They have previously co-starred in Pagalpanti and Veerey Ki Wedding.

The Bejoy Nambiar-directed film will premiere on ZEE5 on October 29.