Kareena Kapoor and Taimur looked picture perfect on their day out 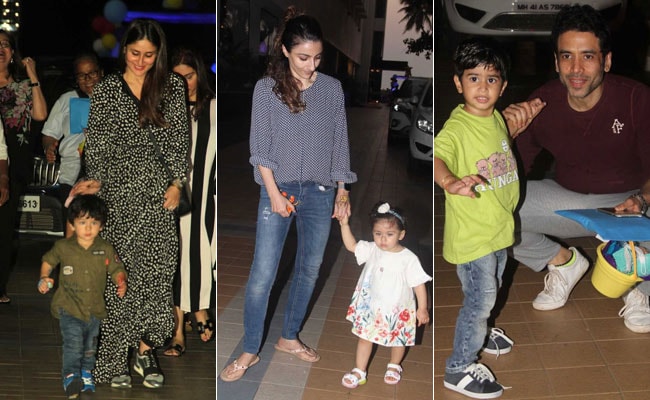 Catching up with Bollywood's little ones

Bollywood' little ones had a busy Monday afternoon as they attended writers Karan and Reenaa Gupta's son Ranvir's third birthday party, which was hosted at the Sea Princess hotel. The guest list included mother-son duo Kareena Kapoor and Taimur, Soha Ali Khan and Inaaya Naumi Kemmu, Tusshar Kapoor and his son Laksshya and Sunny Leone's husband Daniel Weber and their daughter Nisha. Flashbulbs popped at the stars as they arrived at the hotel. Kareena looked stunning as always, in a black and white floor-length dress, which she paired with a pair of sneakers. That's not it, Kareena's mother Babita and Karisma Kapoor's daughter Samiera and her son Kiaan Kapoor also attended the party. 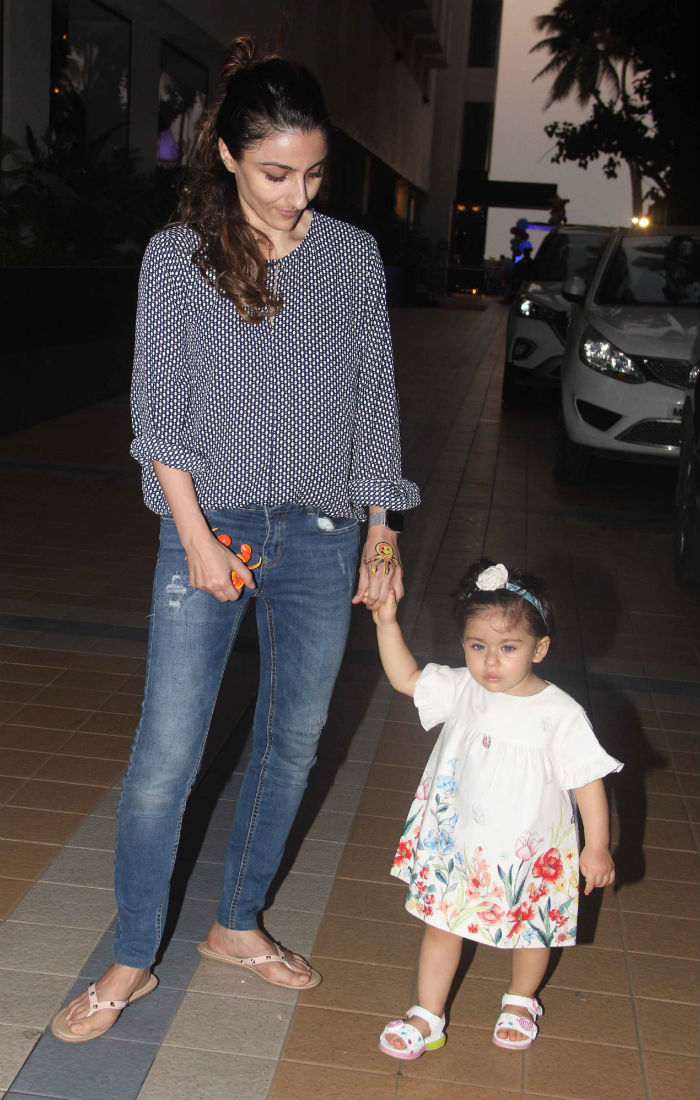 The Kapoor siblings were seen twinning in red outfits as they arrived together at the party. Samiera opted for a red sweatshirt and a black pair of pants, while Kiaan showed up in a grey t-shirt, red sweatshirt and three fourths. 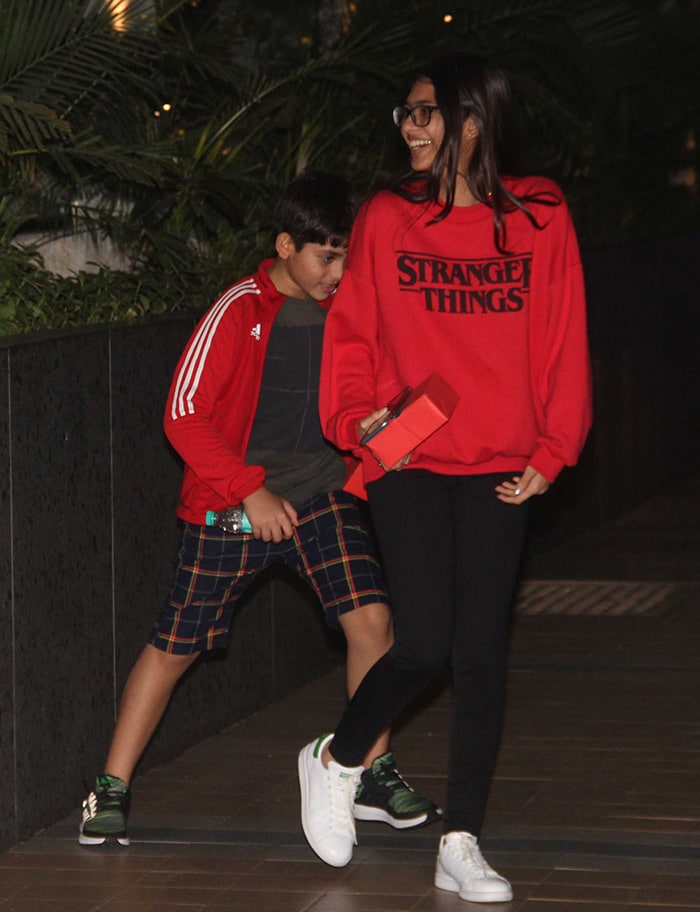 Samiera and Kiaan Kapoor arriving at the party. 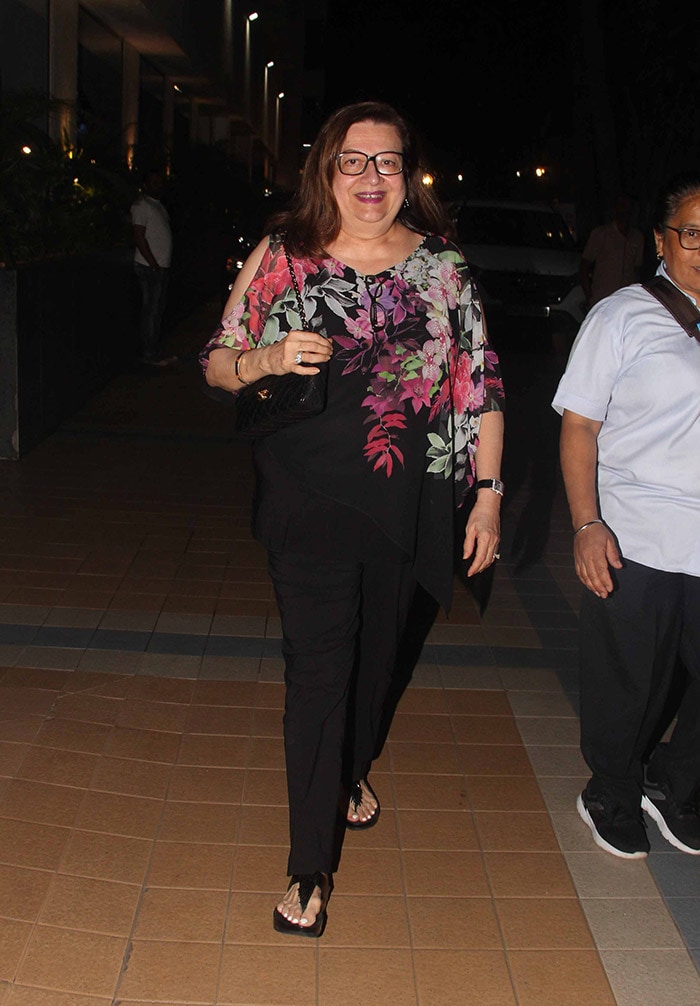 Babita photographed at the party.

Daniel Weber and daughter Nisha Kaur Weber made for a perfect picture as they arrived together, dressed in colour-coordinated outfits. 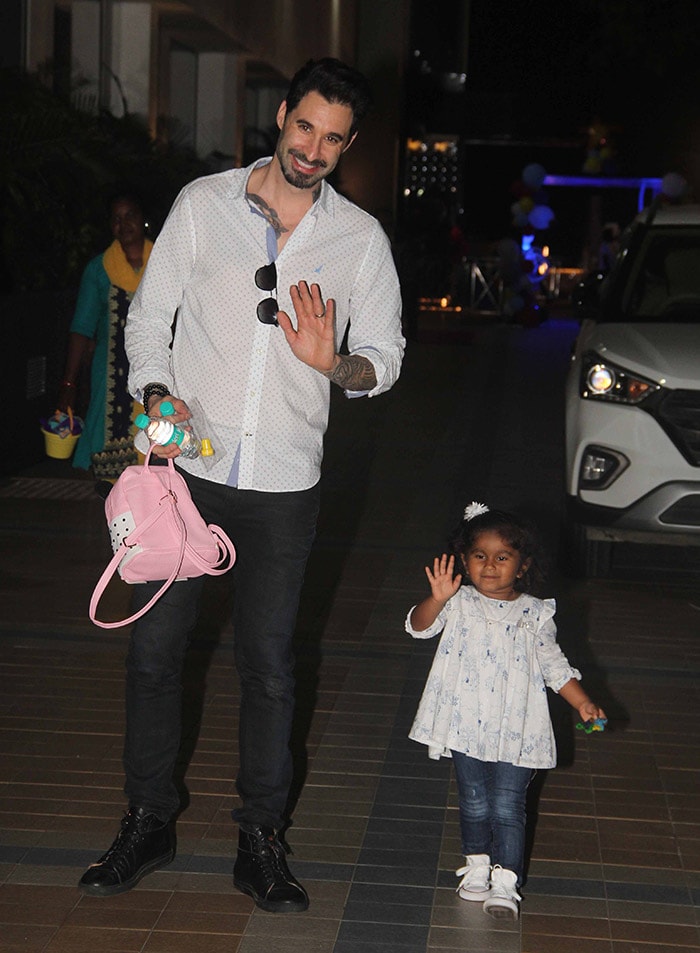 Father-son duo Tusshar Kapoor and Laksshya were all smiles. Tusshar shared an inside picture from Ranvir's 3rd birthday party and wrote: "Happy birthday Ranvir.... Many many more to come...God Bless You #Ranvirturns3." 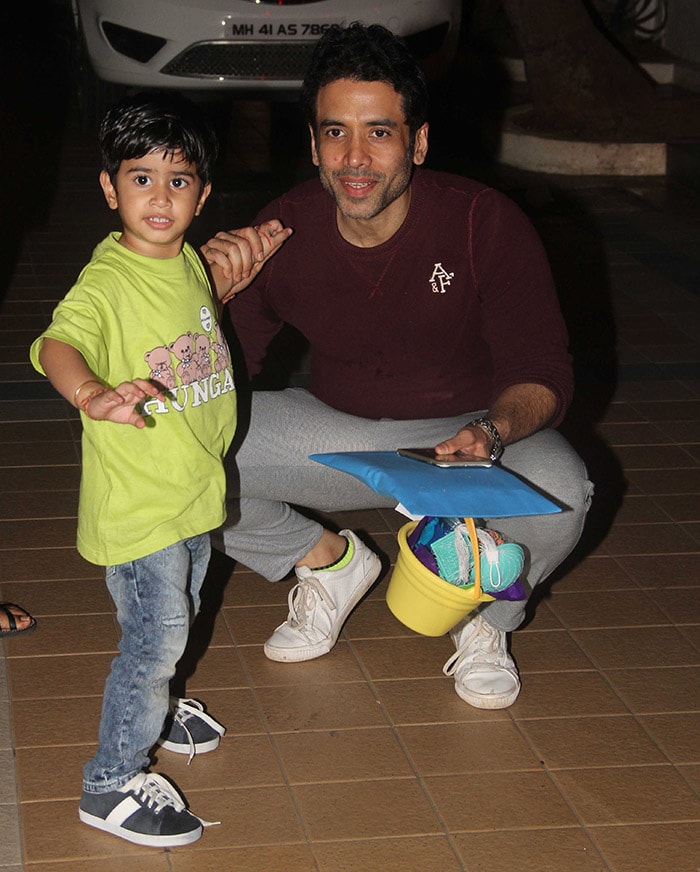 Tusshar Kapoor and Laksshya at the party.

Happy birthday Ranvir.... many many more to come...God Bless You #Ranvirturns3

Kareena Kapoor, Soha Ali Khan and Tusshar Kapoor are part of a close-knit circle and their kids Taimur, Inaaya and Laksshya are frequently spotted together on play dates.

Kareena Kapoor and Taimur, who celebrated New Year's in Europe, touched down in Mumbai on Saturday afternoon. Kareena was last seen in the 2018 film Veere Di Wedding. Her line-up of films includes Good News and Karan Johar's Takht.