Tahira Kashyap And Ayushmann Khurrana Have Been Social Distancing Since, Well, Forever

"We were strong believers of social distancing," wrote Tahira 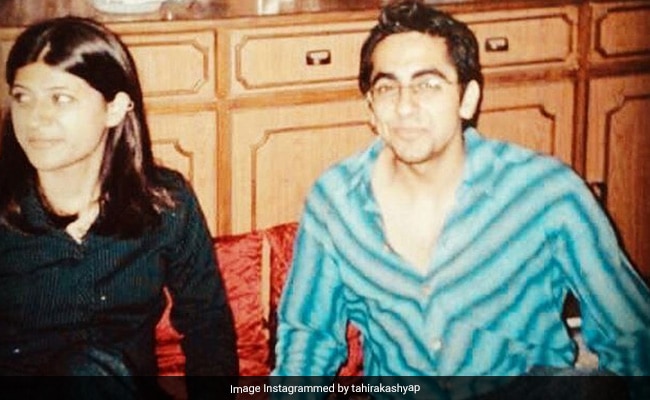 Ayushmann Khurrana and his wife Tahira Kashyap practiced social distancing way before it was mandatory and we have proof to back that up. Actually, Tahira Kashyap does. The filmmaker posted a throwback picture of herself along with Ayushmann and revealed that it happens to be from the "first year of dating." Bespectacled, Ayushmann can be seen dressed in a striped blue shirt as he smiles at the camera, while Tahira, sitting pretty in a black outfit can be seen looking away from the camera. Tahira captioned the post: "First year of dating and we were strong believers of social distancing." She added the hashtags #futuristic, #throwbackthursdayontuesday, #throwbacktuesday #samething #lockdown and #kitnabadalgayainsaan. Ayushmann's brother Aparshakti Khurana left heart emojis in the comments section. Yami Gautam, who starred with Ayushmann in his debut film Vicky Donor and recently in Bala, wrote: "Hahaa... This so sweet."

Tahira Kashyap married actor Ayushman Khurrana in 2011. The couple are parents to a son named Virajveer and daughter Varushka. Last month, they shared pictures from their daughter Varushka's 6th birthday, where they used recycled paper for decorations. Ayushmann wrote: "Happy birthday Varushka! This quarantine is teaching us a lot. Using waste products and recycling paper for decorations for her birthday. This birthday will be remembered forever."

Happy bday Varushka! This quarantine is teaching us a lot. Using waste products and recycling paper for decorations for her bday. This bday will be remembered forever. For more details visit @tahirakashyap 's profile.

Ayushmann Khurrana received the National Film Award for his performance in AndhaDhun, last year. On the work front, the actor was last seen in Shubh Mangal Zyada Saavdhan. He has Gulabo Sitabo, co-starring Amitabh Bachchan, in the pipeline.