The actress welcomed a baby girl in 2017 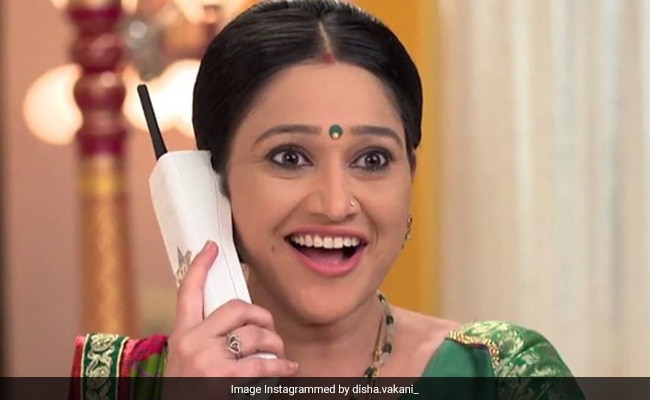 A still of Disha Vakani from the show. (courtesy: dishavakani)

Disha Vakani, who famously starred as Dayaben in the popular sitcom Taarak Mehta Ka Ooltah Chashmah, has welcomed her second child - a baby boy, reported ETimes. The actress' husband businessman Mayur Padia and her brother, actor Mayur Vakani, confirmed the news, reported ETimes. The actress' brother Mayur Vakani, who stars as Sunderlal in the TV show, told ETimes, "I am happy that I have become an uncle again. In 2017, Disha had her baby girl and now she has become a mother again, and I have become mama again. I am very happy."

When the actor was asked about his sister's potential return to Taarak Mehta Ka Ooltah Chashmah, Mayur told ETimes, "Disha will surely return to the show. It has been a long time and Taarak Mehta Ka Ooltah Chashmah is the only show she has acted in for so many years. So there is no reason why she should not return to the show. We are all waiting when she will get back to working on the sets."

Disha Vakani took a break from the show in the year 2017 after her maternity break. Her baby girl was born in the same year. She briefly appeared in the show during an episode in 2019.

The principle cast of Taarak Mehta Ka Ooltah Chashmah includes Shailesh Lodha, who plays the titular role and Dilip Joshi who stars as Jethalal Champaklal Gada, to name a few.

Earlier this month, there were reports that Shailesh Lodha, who plays the role of Taarak in the show, is quitting the sitcom.