Taapsee Pannu said, "It's unfair to ask for an equal pay when you're not getting an equal amount of opening collection" 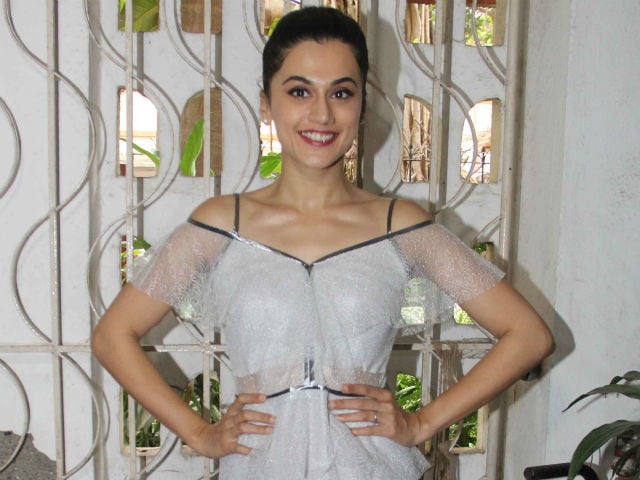 New Delhi: Actress Taapsee Pannu, who has worked in critically-acclaimed films like Pink, Naam Shabana and Baby, said that she can only demand equal pay if the box office figures of her movies are equal to that of her male colleagues, reports new agency PTI. Citing examples of films such as Queen and Mary Kom, Taapsee, 30, said, "How many movies like these do you actually come across in a year? Probably one or two maximum. It's unfair to ask for an equal pay when you're not getting an equal amount of opening collection. The day the audience walks in the theatre and sees a female protagonist's film, gives us the same amount of bumper opening of Rs 10-15 crores, that day I will say we need to be paid equally."

Taapsee played the protagonist in Naam Shabana, her last release. While Taapsee's role was appreciated, the film managed to collect over Rs 36 crore at the box office. 2016's Pink won a National award this year for Best Film on Social Issues. "Right now it's unfair for producers to give us an equal amount of money because no matter how good the film is, like mine was this year's biggest opener for a female protagonist film, but if you compare it with other male protagonist, they get far higher (opening)," Taapsee told PTI.

Earlier this year, Priyanka Chopra had addressed the wage gap issue and said that she doesn't like the fact that her male colleagues are paid more even though she works hard as them.

At this year's IIFA, Taapsee was named the Woman of the Year.Running Shaadi and The Ghazi Attack were Taapsee's other releases of 2017.

Promoted
Listen to the latest songs, only on JioSaavn.com
Taapsee, an established actress in Telugu industry, debuted in Bollywood with 2013's comedy film Chashme Baddoor. She is currently filming Judwaa 2, co-starring Varun Dhawan and Jacqueline Fernandez. Judwaa 2 releases on September 29.