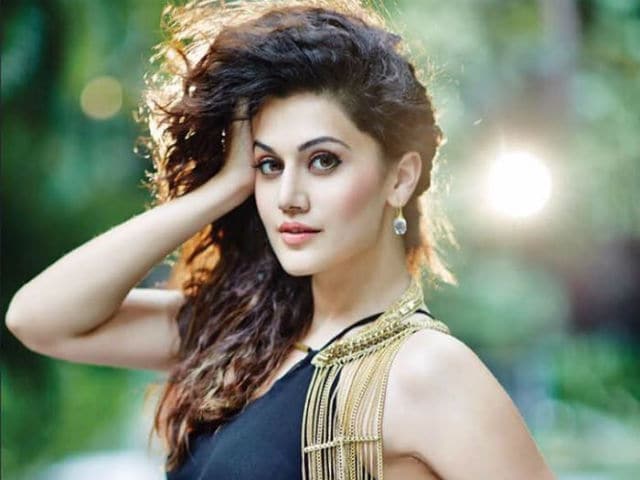 Mumbai: Actress Taapsee Pannu says she got a "little alarmed" when a man, who has been stalking her, barged in to see her. She says she loves her fans, but they need to respect her privacy too.

The actress has been noticing a fan who follows her to studios, events and other places.

Talking about the fan, Taapsee said in a statement: "As artistes, we love being loved. But there is a thin line between making us feel special and making us wary. When this guy breached security to come meet me in a VIP arena while I was at work, I was shocked."

"I love people who want to see me and like my work but they need to respect our privacy too. We are as human as everyone else and living under the limelight is great until you meet someone who is crossing boundaries," she added.

"My interactions with this guy has always been good, but when he barged in to see me, I got a little alarmed. I didn't file a complaint because he hasn't tried to harm me in any way. If he repeats it, I will report him as a potential threat."

Promoted
Listen to the latest songs, only on JioSaavn.com
Taapsee Pannu will next be seen in Pinkwith Amitabh Bachchan, Kirti Kulhari and Andrea Tariang. The film which puts a spotlight on crime against women in urban cities, will be releasing on September 16.