"We hope the Mantra will bring about positive change," said Bhushan Kumar 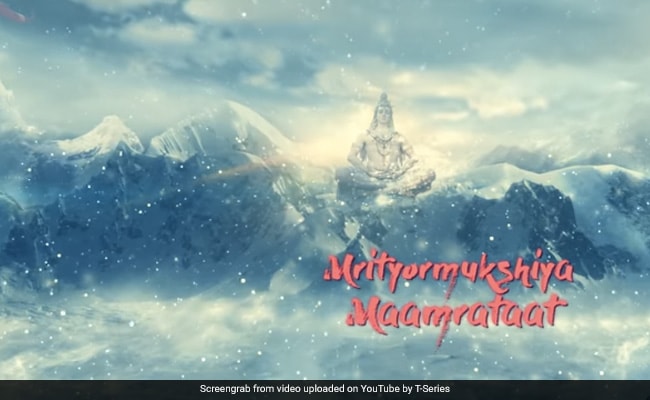 Screengrab from the video shared by T-series. (courtesy Youtube)

Bhushan Kumar's T-Series recently gave us The Care Concert, a charity fundraiser with 18 top singers of the country to support the PM Cares Fund to fight the Coronavirus pandemic. The head honcho of T-Series known to release chartbuster music through singles and films, will now release something that can almost be called the need of the tough time we are living in today.

With the pandemic situation of Coronavirus taking over the world, Bhushan Kumar will release the Maha Mrityunjaya Mantra composed and sung by Shekhar Ravjiani. The mantra releases on YouTube today, April 13.

Shekhar Ravjiani, who has given numerous hits with T-Series in films has now composed a soothing mantra from home in this lockdown period. The popular musician had earlier composed and lent his voice to Hanuman Chalisa a few years ago, which was appreciated and loved by his fans and they wanted to see him do more work in the devotional genre. Speaking about the mantra the talented singer said, "I've been listening to Shankar Sahney's version of the Maha Mrityunjaya Mantra since many years and it is a prayer that I really love and recite regularly. During this lockdown period, I've been praying for the well-being of humanity with the hope that this difficult time will pass. Here's my version of Maha Mrityunjaya mantra - a prayer from me to Lord Shiva to protect all of us."

T-Series CMD, Bhushan Kumar says, "We have been in the devotional market space since the time my father started the company. With the blessings of Lord Mahadev, we are excited to release this version of Maha Mrityunjaya Mantra in Shekhar's voice. We hope the Mantra will bring about positive change during this tough time of the Coronavirus pandemic that humanity at large is grappling with."

Maha Mrityunjaya Mantra, also known as Rudra Mantra or the Tryambakam Mantra, is considered to be having life-restoring powers. It is said to be beneficial for mental, emotional and physical health.

T-Series has always been the frontrunner in the market for devotional music, right from the time of the inception of the company. Long before T-Series, the music company came to be known for releasing hit Bollywood numbers, the music label was in its early days known for releasing pre-recorded bhajans and aartis in reverence of the Indian Gods and Goddesses, which was highly appreciated and loved by all.

In fact, many will remember T-Series founder Gulshan Kumar would prominently feature in the videos of several devotional songs released by the music major in those days in the 80s and 90s. His son Bhushan Kumar continues his legacy by concentrating sufficiently on this genre of music too.