The global audience at the fest will also get to see the world premiere of two episodes of Rasbhari. 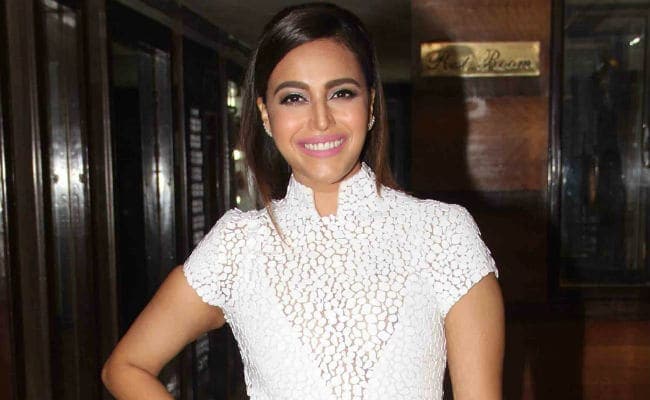 Actress Swara Bhasker's Rasbhari will be competing at the Series Mania International Festival in France.

Produced by Tanveer Bookwala, the Applause Entertainment's coming-of-age series will also be showcased at the festival, which will be held from March 22 to March 30. It is being claimed that Rasbhari is the first Indian series to be selected for the Short Forms Competition at the fest.

"The artiste in me was thrilled to be a part of a unique narrative like Rasbhari and I'm now beyond thrilled to know that our series has been selected for the prestigious Series Mania International Festival," Swara said in a statement.

In the Short Forms Competition, Rasbhari has been selected alongside Break Up (France), Drive (Singapore), Fourchette (Canada), Germain s'eteint (Canada), Hell Is Other People (Denmark), M (Argentina), People Talking (Spain), State Of The Union(United Kingdom) and ZeroSterone (France). The global audience at the fest will also get to see the world premiere of two episodes of Rasbhari.

Produced and co-created for Applause by Tanveer Bookwala, written by Shantanu Shrivastava and directed by Nikhil Nagesh Bhatt, Rasbhari tells a love story set in Meerut. Swara plays the role of a stern English teacher who is the object of attraction for Nand (Ayushmaan Saxena). The show also features Rashmi Agdekar, Pradyuman Singh, Neelu Kohli and Chitranjan Tripathi and the title music has been composed by Chirantan Bhatt.

"We are delighted to represent India at the esteemed festival. Good content has a global resonance, and our selection into the much sought after Series Mania Competition is a strong validation of this belief.

"Working in close collaboration with team Applause, Tanveer, Shantanu and Nikhil have created a sparkling gem of storytelling, which is now finding an audience across borders and continents. We are excited to showcase this labour of love at the festival and are looking forward to stream it soon for viewers all over the world," said Sameer Nair, CEO of Applause Entertainment.

Tanveer, Founder and Creative Director of Ding Entertainment, added: "Rasbhari is many parts sexy and all part social satire. We have created a delightfully quirky and heart-warming tale, set in the landscape of exotic small town India that we hope will appeal to prudes and poets alike."

(Except for the headline, this story has not been edited by NDTV staff and is published from a syndicated feed.)
Comments
swara bhaskerrasbhari