Swara said during her initial days in Mumbai, she was rejected in her very first work-meeting with a director, who said she was unsuitable for a part 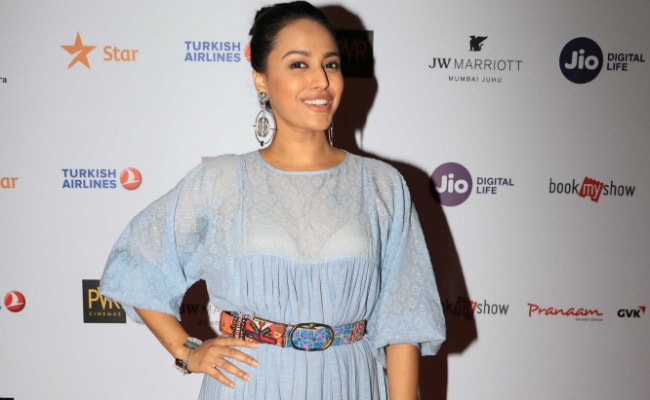 Actress Swara Bhasker, who has quite a bit of a reputation for being outspoken, told the media on the side-lines of the MAMI film fest that she was once denied a role for her looks. Speaking to news agency PTI, Swara said during her initial days in Mumbai, she was rejected in her very first work-meeting with a director, who said she was unsuitable for the part as she 'looked too intelligent'. "All this is a reflection of a person's mindset. The first meeting I had when I came to Bombay, a director rejected me saying, 'you look too intelligent.' I have still not understood what does this mean," PTI quoted Swara Bhasker as saying.

"I think everyone who comes to the industry has to face certain kind of rejection for how they look. Otherwise people would not be spending so much money on the make-up," the 30-year-old actress added. Swara attended the MAMI film festival on Friday, when Shame - a women-centric film starring the actress - was screened.

In the past, Swara Bhasker has unabashedly opened up about the ways of the Hindi film industry and even shared about her personal account of the casting couch practice, which is said to be prevalent in Bollywood. In June this year, she told Indian Express that a Bollywood executive, who claimed to be the manager of a top filmmaker, tried to kiss her during a work meeting: "When I got out this guy actually tried to kiss my ear and said 'I love you baby' and I kind of did that (gestures shirking away)." In a separate interview to Mumbai Mirror last year, she spoke about being stalked and harassed by film director on a work trip: "During the first week itself, he started talking about love and sex and one night, arrived in my room, drunk, and asked to be hugged. It was scary."