Swara Bhasker Shares About Her Brush With Casting Couch: 'He Tried To Kiss My Ear'

Swara, who has been part of the industry for almost a decade now, opened up about her first-hand experience of the much-debated issue 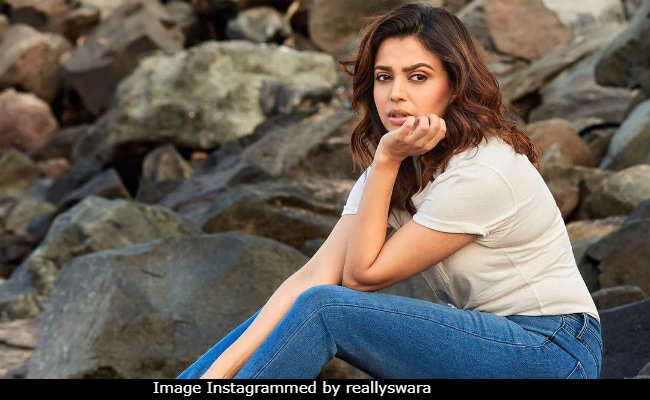 Swara Bhasker, who had previously shared about being harrassed by a filmmaker during an outdoor shoot, was asked about the existence of casting couch in Bollywood, and not surprisingly enough, Swara had an account to share, reported Indian Express. The actress was speaking at an interactive session recently, when the discussion led to the often discussed topic - the prevalence of casting couch in Bollywood. Swara, who has been part of the industry for almost a decade now, opened up about her first-hand experience of the much-debated issue and revealed a Bollywood executive, who claimed to be the manager of a top filmmaker, tried to kiss her during a work meeting.

Indian Express reports Swara as saying that she was repeatedly asked about the details of her residential address, when she sensed something uncanny and wanted to wrap it up. "When I got out this guy actually tried to kiss my ear and said 'I love you baby' and I kind of did that (gestures shirking away)," said Swara, and added: "So, he got a mouthful of my hair so I was just like... so that kind of stuff happens. It's all a part of casting couch, right?"

In November last year, the Veere Di Wedding actress recounted her experience of being stalked and harrassed film director in an interview to Mumbai Mirror. Swara, who was "fairly new" in the industry at that point, said: "He stalked me during the day and called me through the night. I was asked to go to his hotel room on the pretext of discussing the scene and would find him drinking. During the first week itself, he started talking about love and sex and one night, arrived in my room, drunk, and asked to be hugged. It was scary."

Previously, prominent Bollywood actors like Ranveer Singh, Tisca Chopra and Radhika Apte are only the few names, who have shared about their brush with casting couch. Newcomer Ashish Bisht, whose Shab released in July last year, told IANS, he was frequently asked: "Are you comfortable in bed?" during professional meetings.