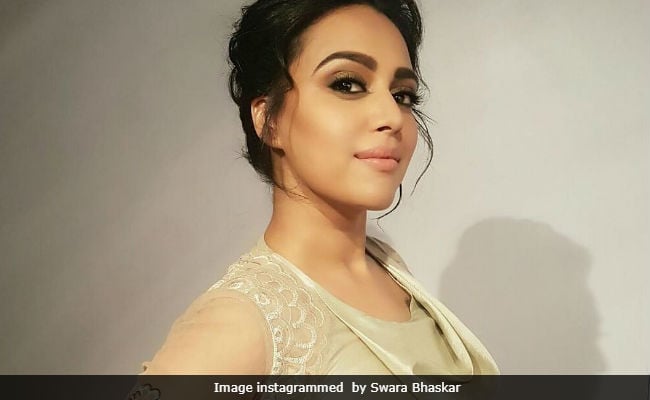 New Delhi: Actress Swara Bhaskar says that the casting couch is not new in Bollywood and that "sexual harassment is a universal phenomenon because fundamentally it is about power or rather the misuse of power." In an interview with Mumbai Mirror, the Anaarkali of Aarah actress revealed that when she was "still fairly new" to the industry, she was harassed by a film director during an outdoor shoot. "He stalked me during the day and called me through the night. I was asked to go to his hotel room on the pretext of discussing the scene and would find him drinking. During the first week itself, he started talking about love and sex and one night, arrived in my room, drunk, and asked to be hugged. It was scary."

"I was young and alone. I would switch off the lights after pack-up and remove my make up in the dark so he would think I was asleep and stop calling me," she told Mumbai Mirror.

It stopped only after Swara confided in the film's executive producer, who made sure that she was "escorted everywhere." She told Mumbai Mirror: "After I told him that he was scaring me and making me uncomfortable. I told him I wouldn't be able to act if this continued. He acted hurt and said I had misunderstood him. He stayed away for two weeks, then he was back to his tricks."

Swara's advice on handling casting couch is - "Lose the part but don't get on the couch." She told Mumbai Mirror: "It's not a feminist choice and it's certainly not a liberating choice. It's like giving a bribe and that is succumbing to a wrong."

Promoted
Listen to the latest songs, only on JioSaavn.com
Hollywood's Harvey Weinstein scandal has opened the Pandora's box of claims of sexual assault and workplace harassments. Hundreds of women, including top actresses like Angelina Jolie and Gweynth Paltrow, have spoken about Harvey Weinstein's misconduct. Several assault and rape cases have been registered against the disgraced former Miramax boss. In addition, names of other Hollywood personalities such as Kevin Spacey and Brett Ratner have come forward in cases of sexual assault and misconduct.