'Are You Comfortable In Bed?': Actor Recounts His Experience Of The Casting Couch

"Whenever I was called by some producers, I was straight away questioned, 'Kya tum bed pe comfortable ho?'" 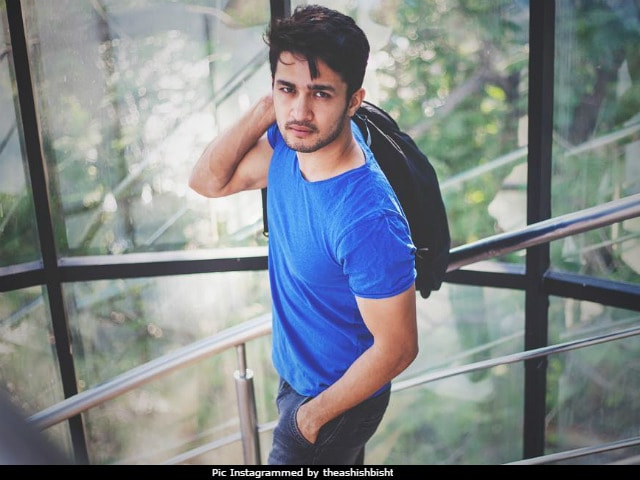 'I never expected that I will get a project without compromising,' he said (courtesy theashishbisht )

New Delhi: "Are you comfortable in bed?" This is a question Ashish Bisht recounts being asked by film producers to newcomers and aspirants - like him - looking to make it big in Bollywood.

Casting couch still exists, says the debutante whose first film Shab is releasing on Friday, and who claims experiencing it first-hand.

Without taking names for the fear of "ending my career before it starts", Ashish told IANS here: "I have faced that (casting couch) a lot in the industry. Whenever I was called by some producers, I was straight away questioned, 'Kya tum bed pe comfortable ho (Are you comfortable in bed)?'.

"When I was new to the city, even the ladies asked me to sleep with them if I wanted work. They called me home and tried to talk dirty with me," Ashish said.

"There are some film producers in the industry who irritate the hell out of you with their messages. I feel stuck because if I respond, what do I say? And if I don't, they will see that I've read the message. Even if I dodge the topic, they come back to the same question," the 29-year-old said.

He said it was still happening even if you have a film coming out.

Having pursued a career as a model before landing a role in Onir's Shab, Ashish says he also had such an experience with a designer.

"There was a known designer. I did not know for what kind of project (ad or serial) had he called me for. There was no one but him in the room when I reached the venue. He straight away asked me if I was ready to sleep with someone. When I questioned him about it, he just said, 'If you're ready to sleep with me, you will get work'," Ashish said.

"That really pissed me off. As it is, as a struggler, one is spending money on travelling for different auditions and I am short on money, and you call me for this," he added.

He says the industry's reputation is so bad that when he got Shab, people, including his friends, questioned him about his integrity - and especially because he was working in a film by Onir, who has been open about his sexual orientation.

"I am lucky that I got to work with Onir. But people have indeed asked me or talked behind my back that 'Ashish must have or has definitely has compromised to get the project'," he said.

"I know very well what I have done or not done. I don't need to clarify on my 'compromises'. I feel people will always talk as they always need and hunt for something to gossip on. I respect Onir sir a lot. I never expected that I will get a project without compromising, but I am lucky that I did," Ashish said.

In that vein, he also spoke up for the LGBTQ community.

"Just because a human being is gay (although gay, lesbian, straight all are equal and same), it doesn't mean that he will want you to sleep with him. The mentality harms the image of the community for no reason and it is completely unfair," said the Delhi boy, who feels such assumptions are never made when two straight men walk around together.

Promoted
Listen to the latest songs, only on JioSaavn.com
He says there are people who get caught in the "vicious circle" in their desperation for work.


(Except for the headline, this story has not been edited by NDTV staff and is published from a syndicated feed.)
Comments
casting couchshabonir