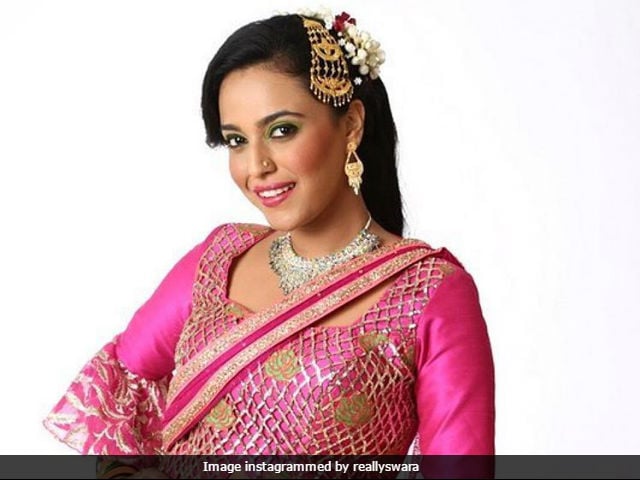 New Delhi: Swara Bhaskar, who is awaiting the release of her upcoming film Anarkali Of Aarah, told news agency PTI that UP and Bihar have played a crucial role in her career. The 28-year-old actress said: "UP and Bihar are actually making my career. In every big and successful film, I have played characters which are based in the two states. Coincidentally, most of my roles belong to UP and Bihar be it Raanjhanaa, Tanu Weds Manu series, Nil Batte Sannata or Anaarkali of Aarah." Swara Bhaskar, whose film is scheduled for release on June 24, will be seen portraying the role of an erotic singer who hails from Arrah in Bihar.

The Prem Ratan Dhan Payo actress also spoke about her equation with filmmaker Avinash Das and said that he was a great help during the shoot of the film. She told PTI: "I had no idea about the world of a character like Anarkali. I grew up in metros like New Delhi and Mumbai. The research started with Avinash ji sending me a bunch of YouTube links of the videos of the women who sing and dance to double-meaning songs.

She added: "He asked me to study their diction, body language and dancing style. I even went to Aarah and met these singers."

Swara Bhaskar made her film debut with a supporting role in the 2009 film Madholal Keep Walking. The actress gained recognition with her performance in Aanand L Rai's Tanu Weds Manu starring R Madhavan and Kangana Ranaut. Speaking about her journey in the film industry, Swara told PTI: "Initially, actors cannot choose the kind of films being offered to them. But one always has a choice of picking up or rejecting a role. I am happy I was able to do everything on my own."

Promoted
Listen to the latest songs, only on JioSaavn.com
Swara Bhaskar, who will next feature in Rhea Kapoor's Veere Di Wedding along with Sonam and Kareena Kapoor, added: "Resilience and stubbornness become positive qualities for an outsider in the industry when you don't have a star parent or a mentor."