"You have been like that always, the balance the peace the keeper of even the unsaid promise," wrote Sutapa Sikdar 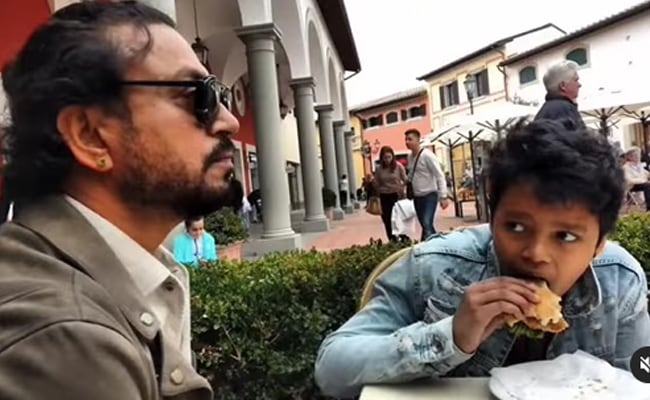 Sutapa Sikdar, the wife of late actor Irrfan Khan, has shared an adorable birthday post on her younger son Ayaan Khan's birthday. In the birthday post, she mentioned the Hindi Medium actor and shared several priceless memories featuring Irrfan and Ayaan. Along with the video, she shared a long post, revealing how her second pregnancy was special. She wrote, "wishing you a great birthday, Ayaan reminds me of the time when you were still inside me, and baba was shooting for 'Maqbool'. you came down and the doctor told me to get admitted it could be a premature baby, baba flew down from Bhopal and don't know what you guys communicated I am sure baba had said" rook jao jaldi kya hai zindagi ko aaraam se lena chahiye" or he had said " abbe yaar main yahan ruk jaunga toh bahut gadbad ho jayegi bahut important scene hai..".

She added, "The doctor gave me complete bedrest which i didnt listen but you listened and came out to grace the world when baba finished the shoot of Maqbool! such a mature decision for about to be a premature baby. and you have been like that always, the balance the peace the keeper of even the unsaid promise.

She concluded the post by saying, "May you always remain like this completely unaffected by the ever changing social media..may you pursue what ever you want, don't take pressure like you didnt when you were about to be born. blessings from me and baba!! I am blessed to have you!"

Irrfan Khan and Sutapa Sikdar got married in 1995 after dating for several years. They have two sons, Babil and Ayaan. On April 29, 2020, Irrfan Khan died after battling a neuroendocrine tumour for two years.