Renee, 21, made her acting debut in a short film titled Suttabaazi earlier this year 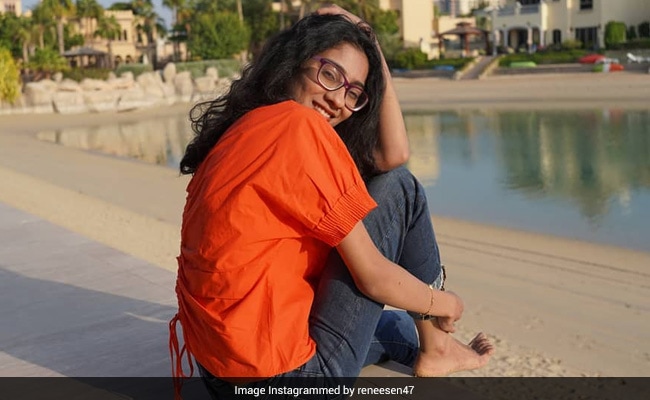 Actress Sushmita Sen's daughter Renee took out some time from her schedule for an 'Ask me anything' session on Instagram on Thursday and gave epic, as well as sweet replies to all kinds of questions asked by her fans. Renee, 21, made her acting debut in a short film titled Suttabaazi earlier this year. Her fans are obviously curious about her relationship status and during the 'Ask me anything' session, one user even asked Renee if she's "single." She replied: "Focused on my career and college right now. That's my relationship status right now." Too cool, Renee Sen, too cool. 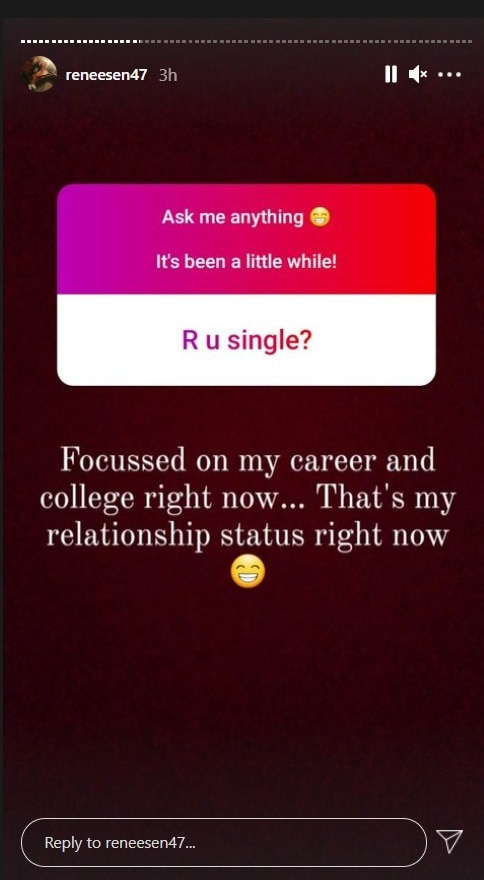 When a user asked Renee Sen how difficult it was to shoot smoking scenes in Suttabaazi being a nonsmoker, she wrote: "The smoking part was really difficult, my lungs felt really uncomfortable." 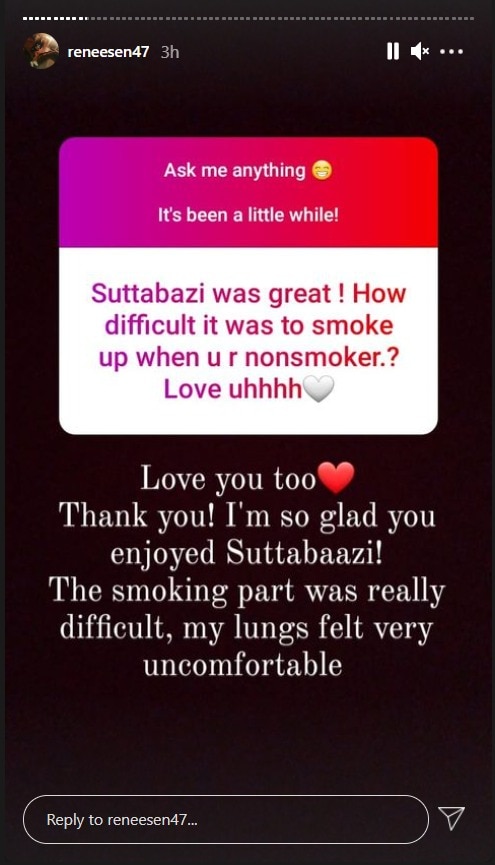 Sushmita Sen adopted Renee in 2000 and younger daughter Alisah in 2010. When asked if she knows her "real mother," Renee Sen replied: "I am born to my mother's heart. This is as real as it gets." 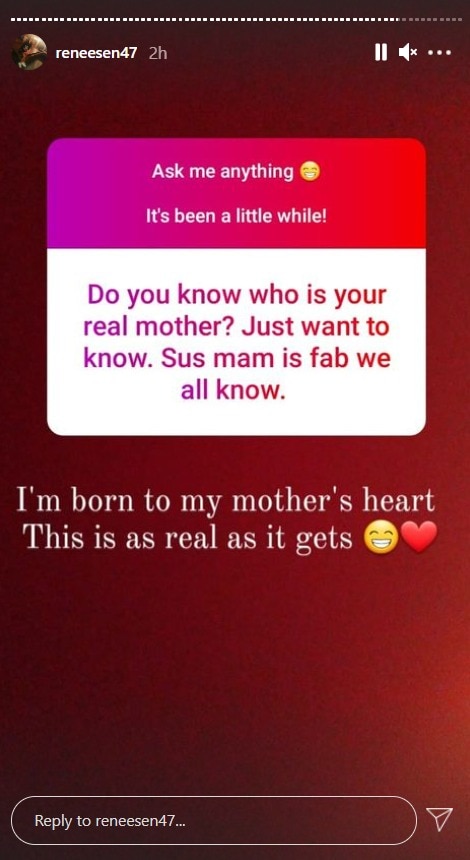