"You are kind, funny, helpful and an amazing friend," wrote Renee 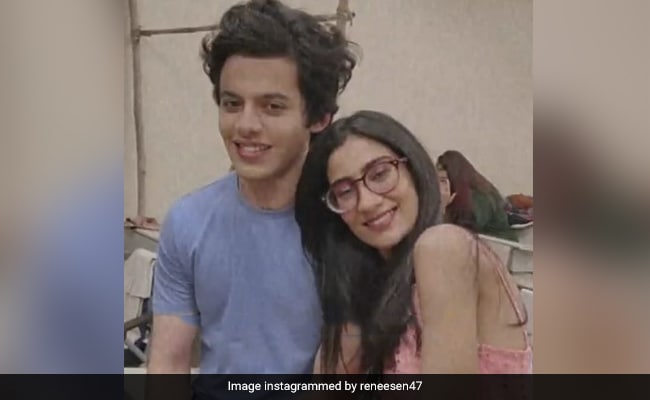 Sushmita Sen's 21-year-old daughter Renee Sen, who made her acting debut in a short film titled Suttabaazi earlier this month, occupied a spot on the list of trends on Saturday, courtesy her adorable post for her co-star of new project - Darsheel Safary. Reene will feature alongside Darsheel, 23, in a new short film, reportedly titled Dramayama. On Saturday, she shared a couple of pictures of herself and the Taare Zameen Par actor and wrote a heartwarming note for him. "Darsheel Safary, we may not have a lot of pictures together but the memories made while shooting and the workshops are forever! You are kind, funny, helpful and an amazing friend! So happy I worked with you so early on because I know it's made me a better actor and person! Lots more madness and fun are pending! PS: Miss our unique handshake already!" read her caption.

Renee Sen's post has gone viral on social media. Check it out here:

Darsheel Safary made his film debut in Aamir Khan's 2007 hit Taare Zameen Par as a child artiste. He later went on to feature in films like Bumm Bumm Bole, Zokkomon and Midnight's Children. Other than films, he has made several guest appearances on television shows like Taarak Mehta Ka Ooltah Chashmah and Lage Raho Chachu.

On Saturday, after wrapping her new short film, Renee Sen thanked her co-stars and the crew on her Instagram stories. Take a look: 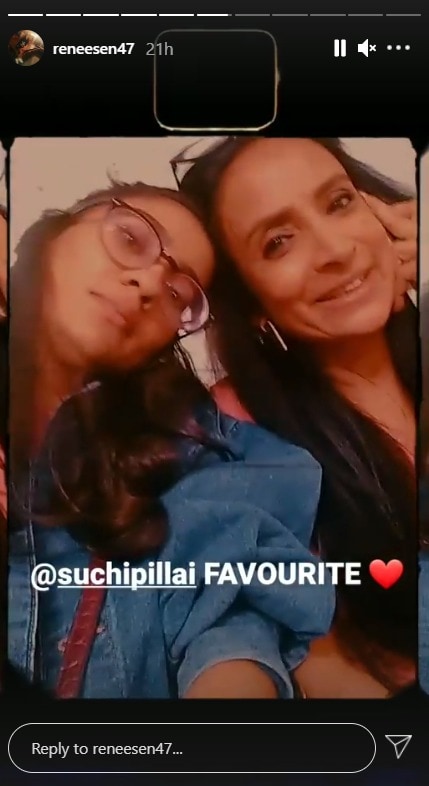 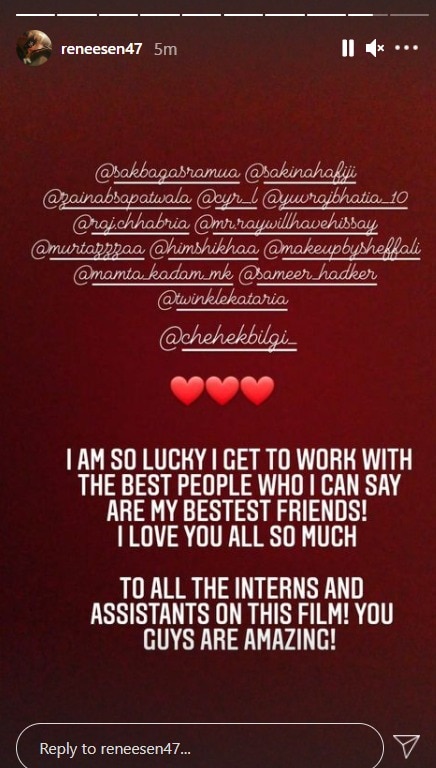 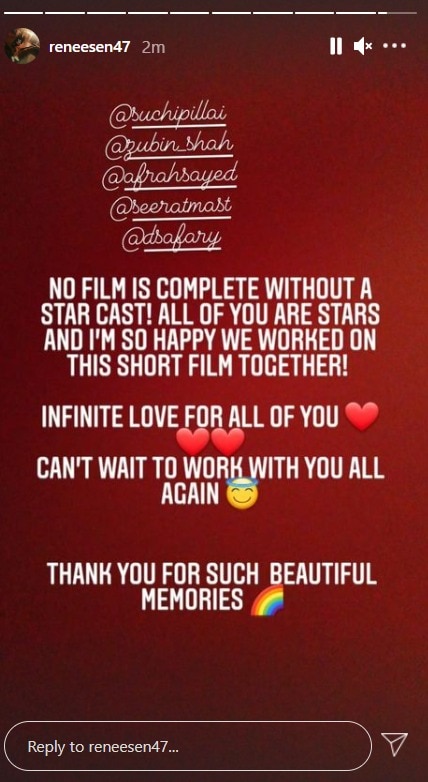 Suttabaazi, directed by Kabeer Khurana, features Rene as a social media influencer. Earlier, speaking to NDTV about her role in the short film, Renee said: "Youngsters will relate to this because a lot of them are influenced by social media. At our age, we are so naive that we think social media is the be-all of our lives and that is not true. My character in the film lets social media affects her, I don't. I take breaks from social media when I want to."