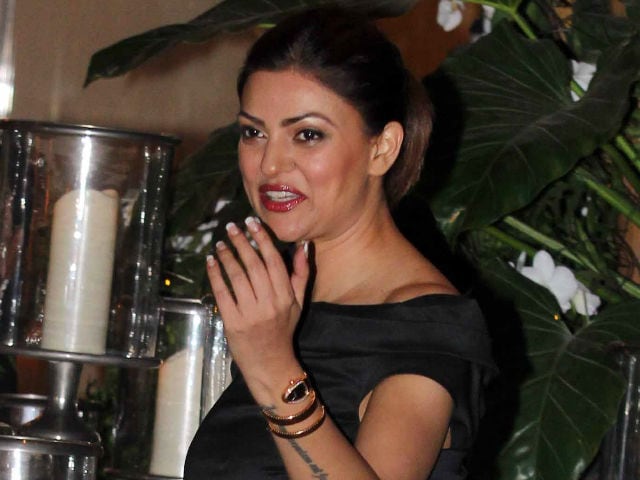 New Delhi: Actress Sushmita Sen was on the guest list at Saturday's party hosted by industrialist Mukesh Ambani and his wife Nita and she later tweeted four special moments from the evening.

First up, a picture with Aishwarya Rai Bachchan, 21 years after they were competing beauty queens. In 1994, Aishwarya lost the Miss India title to Sushmita. Both went on to win the Miss World and Miss Universe pageants. Since then, they have each pursued careers in Bollywood, Aishwarya with greater success than Sushmita. Gossip has long subscribed to a rivalry between the actresses although neither has provided the public with any indication that there might be any truth in it. (In Pics: Sridevi, Aishwarya, Shah Rukh at Nita Ambani's Party for Harbhajan, Geeta )

At the party, Sushmita couldn't get her eyes off a Dhoni - Ziva, 10-month-old daughter of MS Dhoni and Sakshi, who were also on the guests list.

By far d most precious guest of d evening baby Ziva Dhoni!! I got 2 really romance her before she slept #2cutepic.twitter.com/ouYPKT6TAH

Then there was a picture with her 'two favourites' - her Bas Itna Sa Khwab Hai co-star Abhishek Bachchan and director David Dhawan, whose film Biwi No 1 was Sushmita's first big hit.

And finally, Sushmita also posed for a picture with the newly married Harbhajan Singh and Geeta Basra, for whom the Ambanis were hosting the do. Sushmita had only compliments for Harbhajan and Geeta: