Sushmita Sen Reveals What She And Aarya Have In Common 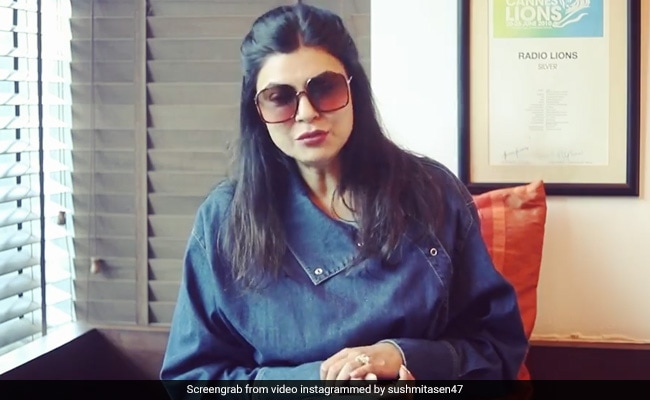 Sushmita Sen in a still from the video. (courtesy: sushmitasen47)

Sushmita Sen is raring to go with the second season of her much-awaited show Aarya up for streaming in a few days. The thriller that streams on Disney+ Hotstar is returning for a second season, with Sushmita Sen headlining the show once more. And, ahead of the new release, Sushmita Sen sat down for a rapid-fire round to spill the beans on what she thinks of her character, Aarya in the eponymous series. Sharing a video of the same on Instagram, Sushmita Sen wrote, “There's nothing rapid about this fire…it smoulders,” adding, “Aarya Season 2 all episodes streaming from 10th Dec 2021 only on Disney+ Hotstar,” tagging the cast and crew of the popular show.

So what exactly did Sushmita Sen say? For starters, she was questioned: “What inspires you most on a film set?” To this Sushmita said, “Genuinely, getting on the set is inspiration enough. Just creating a story and bringing life into it. That inspires me.”

When asked about one characteristic of Aarya that Sushmita Sen has inculcated, the actress said, “I love her ability to stay calm through some serious upheavals.” Speaking about the best compliment she has ever received, Sushmita Sen quoted, “A compliment that says, ‘In my entire life, you are the one person I want to meet.'”

She said that she learnt "discipline" and "having fun" on the sets of Aarya and not necessarily mix the two but allow them to coexist. Sushmita Sen also added that she would love to keep her character's phone and bag for herself.

When asked about the one thing that Sushmita Sen and Aarya have in common, the actress said, “The strength of a mother.” She further said that the two would react the same way in a “do-or-die” situation. “We will go down “doing” and if it means “dying”, so be it.” She added that there was a lot of belonging on the sets of Aarya and that she would always cherish it.

When asked to describe the show in one word, Sushmita Sen said, “Sexy,” adding, “I think Aarya is a very sexy show.”

Watch the rapid-fire round here:

Aarya has been co-created by Ram Madhvani and Sandeep Modi. The two have also directed the series along with Vinod Rawat. In addition to Sushmita Sen, the series features Chandrachur Singh, Sikandar Kher and Namit Das in important roles.