"I always wanted to go to NASA, I stayed there and did everything an astronaut is supposed to do. I am going to make sure to do my best so that I don't disappoint you," said Sushant 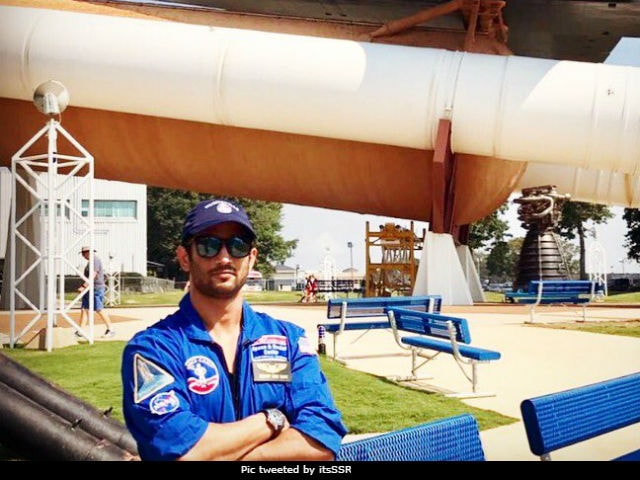 New Delhi: Sushant Singh Rajput has returned after training in USA-based space agency NASA for his role as an astronaut in new film Chanda Mama Door Ke. It was surely a one-of-a-kind experience for the actor, who said he lived the life of an astronaut while in NASA and that disappointing fans with the movie is not an option. "I always wanted to go to NASA, I stayed there and did everything an astronaut is supposed to do. I am going to make sure to do my best so that I don't disappoint you," news agency IANS quoted Sushant as saying. Chanda Mama Door Ke will be directed by Sanjay Puran Singh Chauhan.

Sushant Singh Rajput also elaborated on the challenges of making the film - he said comparisons will inevitable be drawn to 2013's Alfonso Cuaron-directed sci-fi space drama Gravity and Christopher Nolan's Interstellar. "It is quite a challenging film because it will be India's first space film, and knowing that we all loved seeing Gravity and Interstellar we don't have so many dollars to make the film. So, it is extremely challenging for us to make this film and give you the same experience without having that much of funding. We are doing our best," PTI quoted Sushant as saying.

Meanwhile, pictures from the actor's NASA special itinerary and training schedule have been shared on social media by the film's team.

Promoted
Listen to the latest songs, only on JioSaavn.com
Sushant co-stars with Nawazuddin Siddiqui and R Madhavan in Chanda Mama Door Ke. He also has Sushant is also has Tarun Mansukhani-directed movie Drive in the pipeline.