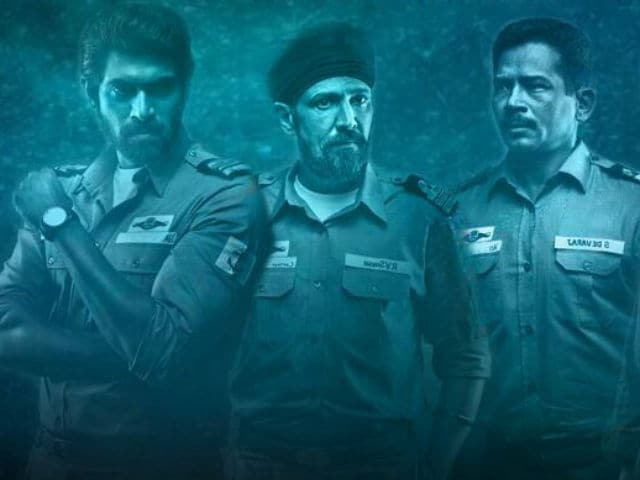 New Delhi: Actor Suriya, whose film Singam 3 hit the theatres last Thursday has lent his voice for the Tamil version Rana Daggubati's upcoming war drama Ghazi, reported news agency IANS. "Suriya's voiceover comes for about a minute at the beginning of the film. When he heard the story, he liked it so much that he decided to lend his voice for free. He considered it a privilege to be associated with a film like Ghazi," IANS quoted a source as saying. Earlier, superstars Amitabh Bachchan and Chiranjeevi had lent their voices for the same portion in the Hindi and Telugu versions of the film.

A new trailer of Tamil version of Ghazi featuring Suriya's voice was unveiled on Monday. Rana shared the trailer and wrote: "And here it is the new Tamil trailer of #Ghazi narrated by our dearest @Suriya_offl hope you like it!!"

And here it is the new Tamil trailer of #Ghazi narrated by our dearest @Suriya_offl hope you like it!! #GhaziOnFeb17https://t.co/fx4sYXpjpI

In reply to Rana's tweet, Suriya said: "Always proud of what you do. Loved what I saw of 'Ghazi'."

@RanaDaggubati always proud of what you do!Loved what I saw of #Ghazi u you can thank me by those autographs n a house party https://t.co/PjvPyUbSjp

Ghazi is India's first underwater war-at-sea film. The Telugu-language Ghazi will be released in Hindi as The Ghazi Attack. It is based on the story of how Pakistani submarine PNS Ghazi was sunk by Indian submarine S-21 during the 1971 war between India and Pakistan.