Sunny Leone's 'Promise' To Daughter Nisha: 'Will Protect You From Everything Evil' 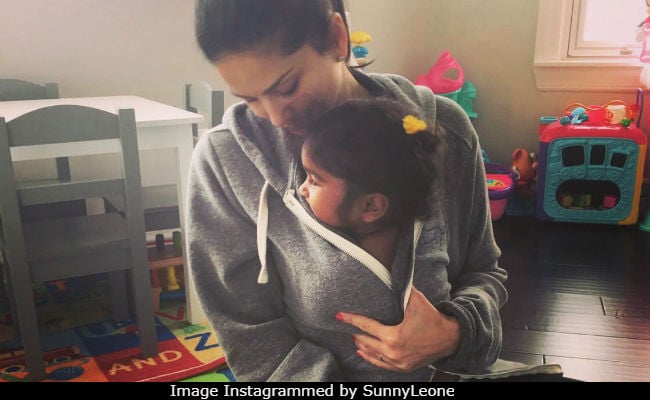 New Delhi: As the horrid details of the Kathua and Unnao rapes have taken the world by storm, actress Sunny Leone makes a "promise" to her baby daughter Nisha. In a tweet posted on Saturday, Sunny addressed a note to Nisha and said: "I promise with every ounce of my heart, soul and body to protect you from everything and everyone who is evil in this world. Even if that means giving my life for your safety." Sunny, who adopted Nisha last year, added: "Children should feel safe against evil hurtful people. Let's hold our children a little closer to us! Protect at all costs!" Sunny Leone and Daniel Weber are also parents to twins Asher and Noah, who were born via surrogacy this year.

I promise with every ounce of my heart,soul&body 2protect u from everything&everyone who is evil in this world.Even if that means giving my life for ur safety.children should feel safe against evil hurtful people.Let's hold our children a little closer to us!Protect at all costs! pic.twitter.com/d9xijmD6kF

Sunny Leone's tweet arrives in the wake of the nationwide outrage over the rape and murder of an eight-year-old child in Kathua. She was kept captive, sedated and raped till she was murdered in Kathua, some 50 kms from Jammu, something which has prompted nationwide protest with celebrities demanding justice on social media. In strongly worded tweets, Sonam Kapoor, Karan Johar, Akshay Kumar, Kalki Koechlin, Farhan Akhtar, Richa Chadha and many, many others have condemned the heinous crime.

Meanwhile in Uttar Pradesh, a 17-year-old girl alleged rape by BJP legislator and his brother. Earlier this week, the teenage's father died after allegedly being assaulted by the goons of the accused.

Sunny Leone, a mother of three, was recently in India for work commitments and opened up about her mommy-duties in an interview with mid-day and said: "We never had any experience of handling infants. We adopted Nisha when she was 21 months old, so we are new to the infancy stage. But now, we are managing and discovering something new every day."

Promoted
Listen to the latest songs, only on JioSaavn.com
Sunny and Daniel welcomed three children within a span of eight months - they were notified about the IVF transfer of her twins the same day they received confirmation about Nisha's adoption. However, busy mom Sunny ensures that Nisha, who is acting like an "elder sister", gets her fair share of attention: "Daniel and I make sure we spend some time during the day only with Nisha, without the twins around, as we don't want her to feel neglected," she told mid-day.

Sunny Leone was last seen in Tera Intezaar and is also looking forward to her Tamil debut with Veeramadevi.