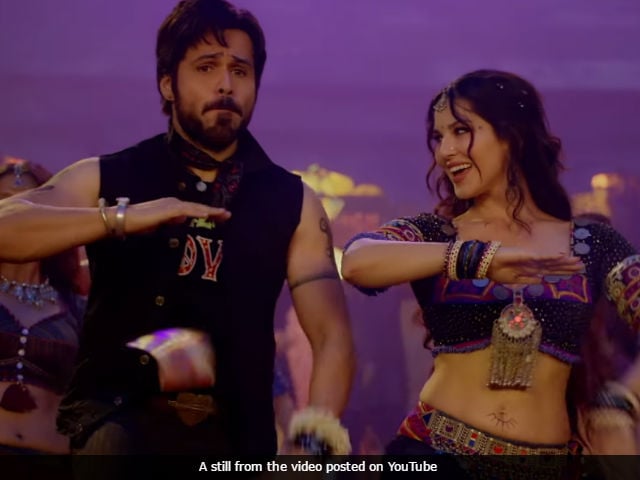 New Delhi: Baadshaho's song Piya More, which is picturised on Sunny Leone and Emraan Hashmi, has been an instant success with more than 10 million views in a day on YouTube but all's not well with the song. Filmmaker Jai Prakash ( Dee Saturday Night) alleged that composer Ankit Tiwari has lifted Piya More from his film's song Nasha Sar Pe Chadke Bole (also composed by Ankit Tiwari), reports mid-day. Jai Prakash told mid-day that he intends to take legal action against Ankit Tiwari and team Baadshaho. "They (makers of Baadshaho) must have asked Ankit to compose an item song and he conveniently lifted the song from my film. Ankit must have thought, 'Film kisiko maloom nahi hai, producer flop baitha hua hai, kaun action lega?' I'm shocked that people like Bhushan Kumar, Ajay Devgn and Milan Luthria, who are spending Rs 100 crore on the film, cannot (get their composer to) create another (original) song! I'll take legal action against them and stop the movie's release, if need be," he said.


Talking about Jai Prakash's allegations, Anikit Tiwari told mid-day: "The two songs are definitely not similar. If you get a music expert to listen to both songs, he'll tell you about (the difference in their) tunes and chord progression." Meanwhile, T-Series president Vinod Bhanushali shrugged off the responsibility and told mid-day: "How would I know if the music composer has sent us a tune which is similar? Mr Jai Prakash should ideally contact Ankit Tiwari. The matter is between them."

Promoted
Listen to the latest songs, only on JioSaavn.com
Baadshaho's song Piya More trended all day after it released on Tuesday and it has over 13 million views so far. Piya More has been written by Manoj Muntashir and sung by Mika Singh and Neeti Mohan.

Baadshaho is set against the backdrop of Emergency and features Ajay Devgn, Emraan Hashmi, Vidyut Jammwal, Esha Gupta and Ileana D'Cruz in lead roles. The Milan Luthria-directed film will hit the screens on September 1.