Sunil Grover's Next Appearance Will Be With Sunny Leone. Details Here 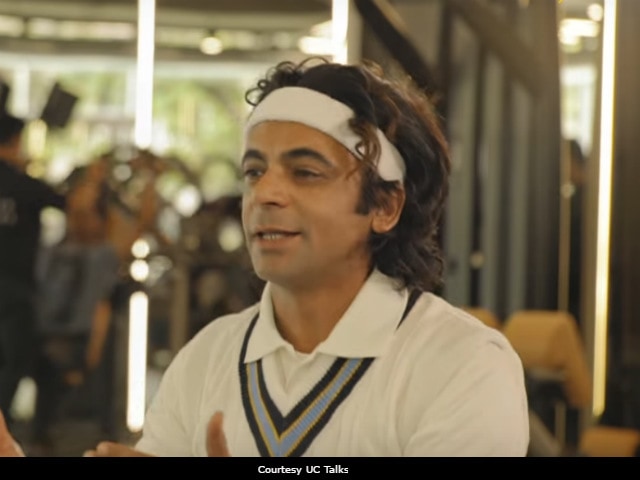 New Delhi: Actor-comedian Sunil Grover is all geared to make an appearance on an app-based commentary of the IPL match scheduled for April 13 for UC news. "Hi, I'm Sunil Grover and I'll be live commenting on the IPL match on April 13th," said Sunil as he teased his fans in a short video. Mr Grover will also be joined by actress Sunny Leone for the live commentary session. Sunil did not name the actress in the video but confirmed making an appearance with "Baby Doll" and "Laila", which are actually the names of Sunny's hit Bollywood numbers. The IPL match on April 13 is scheduled between Shah Rukh Khan's Kolkata Knight Riders and Kings XI Punjab, which is co-owned by Preity Zinta.

"The favourite of them all, fans call her Baby Doll. Guess who's gonna join me," wrote Sunil Grover:

The favourite of them all, fans call her Baby Doll. Guess who's gonna join me for #MasalaCommentary on @UCNews_Indiahttps://t.co/5AxBGWyFAh

Sunil Grover quit The Kapil Sharma Show after he was allegedly physically assaulted and verbally abused by show host Kapil Sharma during a flight back from Melbourne. Amidst speculations that the comedian might return to Kapil's show because of a higher salary, Mr Grover wrote in a tweet: "My intentions are to act and to entertain with dignity. For me, money can't be the only reason to do something or not to do something."

Meanwhile, Sunil Grover performed as Dr Mashoor Gulati and Rinku Bhabi, the characters he played on The Kapil Sharma Show, at a live gig in New Delhi and also on the finale of music reality show Indian Idol 9.

Soon after the alleged fight between the The Kapil Sharma Show co-stars made headlines, Mr Sharma appeared to apologise in a tweet, which Mr Grover responded to with the words: "Thanks for making me realise it was your show and you have power to throw out anybody, anytime."

Promoted
Listen to the latest songs, only on JioSaavn.com
Meanwhile, Raju Srivastava has joined Kapil Sharma's show as a "new entry" and confirmed that he's not replaced Sunil Grover. Comedian Sunil Pal, who also appeared on the show as a guest told Mr Grover to forgive Kapil Sharma for his "mistake."

The contract of The Kapil Sharma Show's show with Sony Entertainment Television was expected to expire in a week from now but has reportedly been extended by a month.

Remember These Actors From Original TV Mahabharata? Here's A Refresher