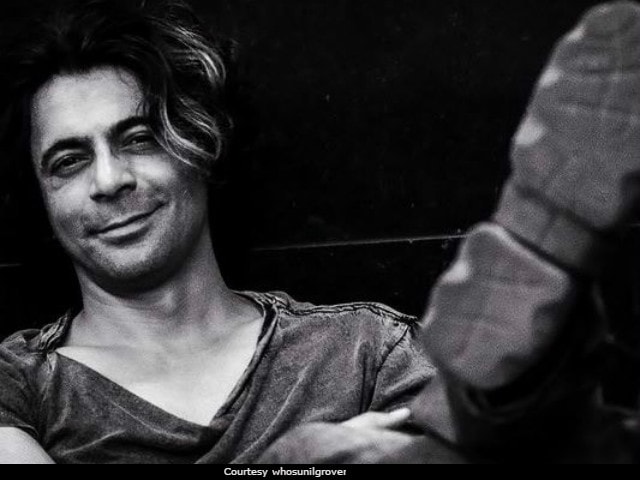 New Delhi: Ace comedian Sunil Grover's latest Instagram post has left us more confused. A week after he revealed his shoe size (Size US 10, please note), Mr Grover recently shared a picture of himself in which, we can see a reflection of the comedian in the mirror. "No caption for this picture this time. Take out the meaning you want," he captioned the post. Is Sunil Grover dropping hints at his new beginning? (Mr Grover, we can't reach a conclusion. Please tell us). Last month, Sunil Grover and Kapil Sharma, now former co-stars of The Kapil Sharma Show, had a fight on a flight from Australia to Mumbai. Mr Sharma is accused of hitting Mr Grover after getting drunk. After the mid-air altercation, Mr Grover is believed to have quit the show, although an official announcement by the makers of the show or by the actor himself hasn't been made yet.

Here's Sunil Grover's post: (Help us find a caption for it)

No caption for this picture this time. Take out the meaning you want.

After the fight, Kapil Sharma took Twitter's help to apologise to Sunil Grover. He said 'sorry' and added that he's 'upset' too. However, Grover, in his reply claimed that now he has realised that the 'show belongs to Kapil Sharma and he has the power to throw out anybody.' He also advised Mr Sharma not to 'act like God.'

For those who have missed it, here's Kapil Sharma and Sunil Grover's post.

Promoted
Listen to the latest songs, only on JioSaavn.com
Mr Sharma's actions also prompted his other castmates like Ali Asgar and Chandan Prabhakar to boycott the show. However, as it is said, the show must go on, Kapil Sharma included comedian Raju Srivastava in his cast. After Sunil Grover's, exit, the viewership of The Kapil Sharma Show has reportedly dipped enormously.

Sunil Grover is best known for playing Dr Mashoor Gulati and Rinku Bhabhi on The Kapil Sharma Show while he featured as Gutthi in Comedy Nights With Kapil. He recently collaborated with actress Sunny Leone to provide the commentary for the Indian Premier League (IPL) match between Kolkata Knight Riders (KKR) and Kings XI Punjab (KXIP).