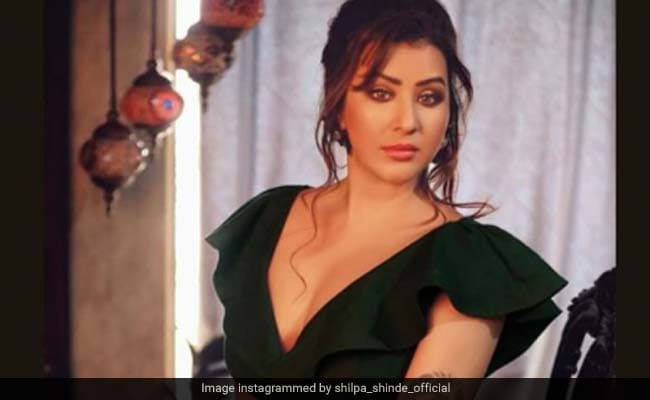 Actress Shilpa Shinde, who doesn't mince her words, talked about contemplating quitting upcoming comedy show Gangs Of Filmistaan - the show has not been aired yet. Speaking to Indian Express, the Bigg Boss 11 winner said that she is contemplating quitting the show after comedian Sunil Grover allegedly took over the show, side-lining other actors. She told Indian Express, "He is a great man, and a great actor. However, I feel he wants to hog all the limelight when he is performing. This is unfair to other actors. The makers are promoting the show as Shilpa's comeback and they have literally pushed me to the back... I don't think things will change, and thus it would be better for me to quit. I cannot work where an artiste is disrespected. They have just taken us for granted." However, producer Preeti Simoes said that Shilpa Shinde knew about Sunil Grover's gag and "we don't know why she is crying foul now."

Ms Simoes also added, "Why will we not get her (Shilpa Shinde) to perform? Also, Sunil is part of one gag, while other actors are doing the second gag. I am wondering how she felt she was being side-lined given she played the lead in the acts we've shot."

Shilpa Shinde, who trended big time after she quit popular TV show Bhabi Ji Ghar Par Hai (more on that later), also said that when she was approached for the show, she told the makers she did not want skits with Sunil Grover. "The makers assured me that he will have his separate acts. But that didn't happen. He is now part of all skits, and it has become his show completely," she added. Preeti Simoes, who has earlier produced The Kapil Sharma Show, also said that they are she is open to discussion and "even willing to resolve her issues. But she needs to speak to us first."

After winning Bigg Boss 11, Shilpa Shinde worked with Sunil Grover in Dhan Dhana Dhan. Speaking about her experience of working with the actor then, Shilpa Shinde said: "I had similar issues back then also. However, just after winning Bigg Boss, I wanted to entertain my fans, and thus took up the show. Not wanting to have a similar issue, I shared my concerns from the start."

Shilpa Shinde starred in Bhabi Ji Ghar Par Hai from 2015 to 2016. After quitting the show, Shilpa Shinde accused the makers of "mentally torturing" her. On Bigg Boss 11, she participated with Vikas Gupta, one of the makers of the show. Their public feud featured in headlines throughout the season.