Suniel Shetty On Daughter Athiya's Love Life: 'I Love Whom She Is Seeing'

"We love the kids and the kids they are dating," said Suniel Shetty 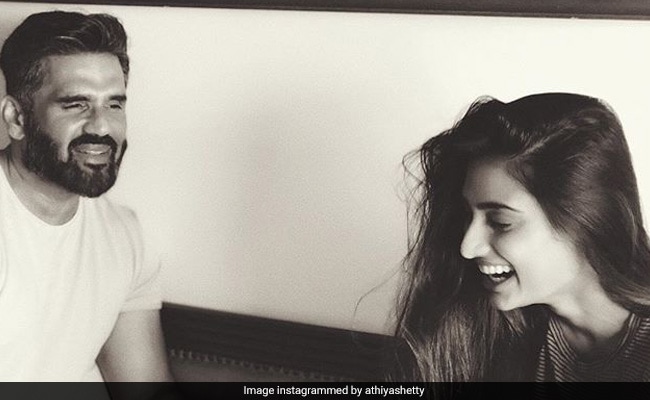 Suniel Shetty "loves" the guy her actress daughter Athiya Shetty is currently seeing. No, it is not a gossip, the actor himself said this in an exclusive interview to ETimes. While talking about his son Ahan and daughter Athiya's love life, Suniel Shetty told the publication that he "loves" whom his "kids are dating." Athiya Shetty has reportedly been dating cricketer KL Rahul for quite some time now while Ahan is in relationship with fashion designer Tania Shroff and they made it official last year. When asked about Ahan and Athiya's dating life, Suniel Shetty told ETimes: "I love Ahan's girlfriend and I love whom Athiya is seeing. I do not have a problem with that, Mana (Suniel Shetty's wife) doesn't have a problem with that and they are happy."

"We love the kids and the kids they are dating. Absolutely love them and I think more than profession, being happy in life is very important today because that is the space I think that is missing," added the Hera Pheri star, stated the publication in its report.

Athiya Shetty and KL Rahul recently flew back from their Thailand vacation, where they rang in the New Year along with a couple of friends, including Akansha Ranjan Kapoor, Anushka Ranjan and her boyfriend Aditya Seal. KL Rahul even posted a picture of himself and Athiya from a pub named Havana Social in Bangkok. The photo went crazy viral after Suniel Shetty reacted to KL Rahul's epic reference to his film Hera Pheri in the caption. The cricketer wrote: "Hello, Devi Prasad?" and the actor dropped several ROFL emoticons in the comments section.

Here's the picture we are talking about.

Athiya and KL Rahul trended big time last year after the cricketer posted an adorable birthday wish for her on social media. Take a look: 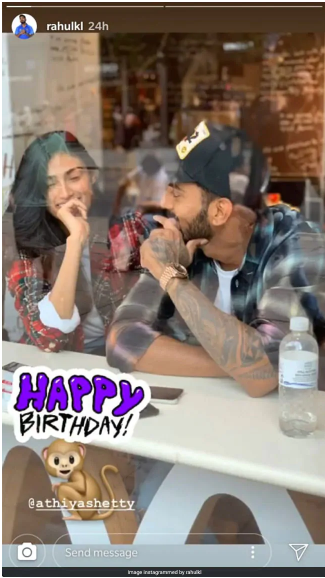 Like we mentioned above, Ahan Shetty and Tania made it Instagram official in September last year. How, you ask? Well, Tania Shroff shared a picture of herself and Ahan Shetty from their vacation and called him her "rock" in the caption. Ahan then confessed his love and wrote in the comments section: "I love you."

On the work front, Athiya Shetty was last seen in Motichoor Chaknachoor while Ahan Shetty will make his debut in Bollywood with a Hindi remake of 2018 Telugu blockbuster RX 100.