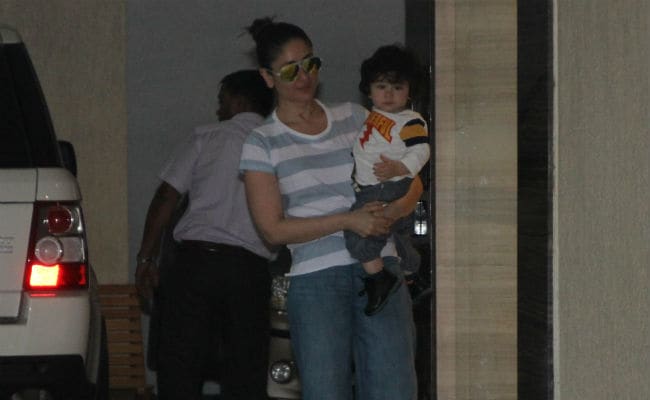 New Delhi: Actress Kareena Kapoor took her son Taimur, 1, to her mother Babita's house in Mumbai's Khar on Sunday. The mother-son duo were photographed entering the house in the evening. Kareena looked chic in her casual outfit. She wore a grey and white-coloured top with slit flared pants and Taimur, as always, looked cute as a button in a white T-shirt and grey trousers. Taimur is often photographed outside his playschool, at birthday parties and at his nani's house. Just a couple weeks ago, he accompanied mom Kareena to filmmaker Karan Johar's children Yash and Roohi's first birthday party. He now seems to be fully aware of the paparazzi around him and the attention he gets.

Take a look at these pictures of Kareena and Taimur. 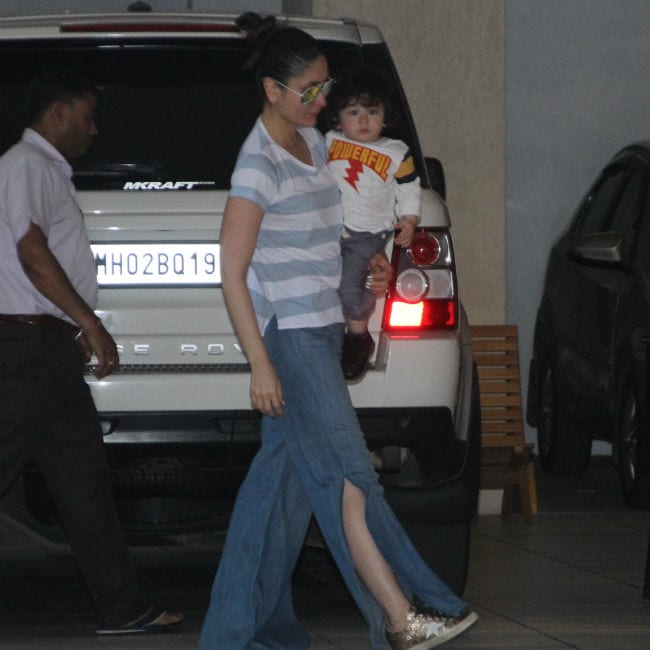 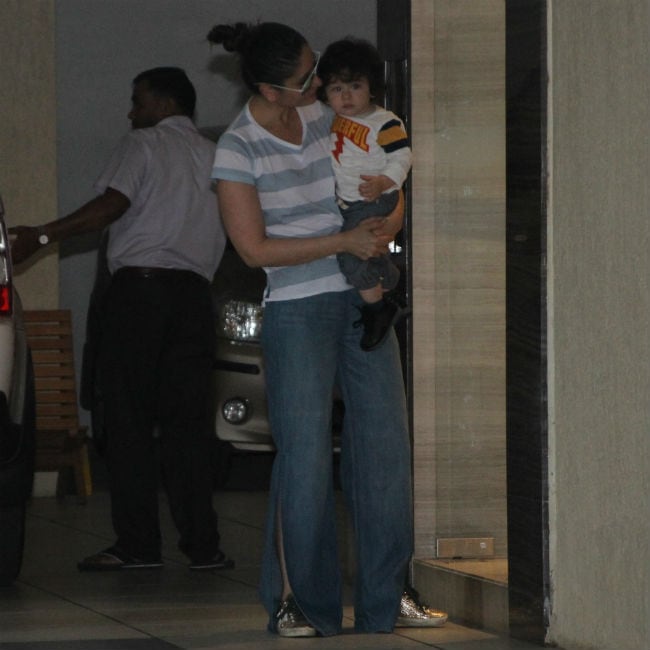 Kareena Kapoor, 36, and Saif Ali Khan, 47, have been married since 2012 and Taimur was born in December 2016. The doting parents hosted a grand birthday bash for baby Taimur at the Pataudi Palace, which was attended by only family members.

Here are a few pictures from Taimur's first birthday party.

With cousins Samiera and Kiaan.

Promoted
Listen to the latest songs, only on JioSaavn.com
Of the paparazzi's interest in Taimur, Saif earlier said, "Kareena and I knew there would be media interest in our son. It's hard to bring up kids without the attention; I don't know how he is going to react to the attention when he grows up."

Meanwhile, at an event in Mumbai, Taimur's granddad Randhir Kapoor told news agency PTI, "Every day, I get up in the morning and I see a picture of my grandson in newspapers. Now everyone recognises his maid also! That's because of the paparazzi."