Taimur Ali Khan was photographed outside his playschool with his nanny 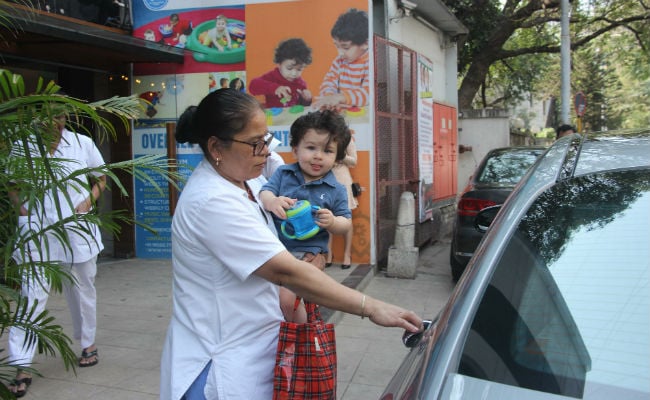 Taimur Ali Khan outside his playschool

New Delhi: Taimur Ali Khan surely knows how to gain our attention. Kareena Kapoor and Saif Ali Khan's one-year-old son was recently photographed outside his playschool. Yes, he's already attending school. Taimur Ali Khan was seen heading out from playschool with his nanny when paparazzi couldn't help but click pictures of the cute nawab. Taimur and Tusshar Kapoor's son Laksshya attend the same playschool. Taimur's pictures often make it to the top trends whether it is of him combing his hair, attending birthday parties with his friends to enjoying a swing ride or by simply looking at the camera. Taimur is Sail Ali Khan's third child and first with wife Kareena Kapoor. 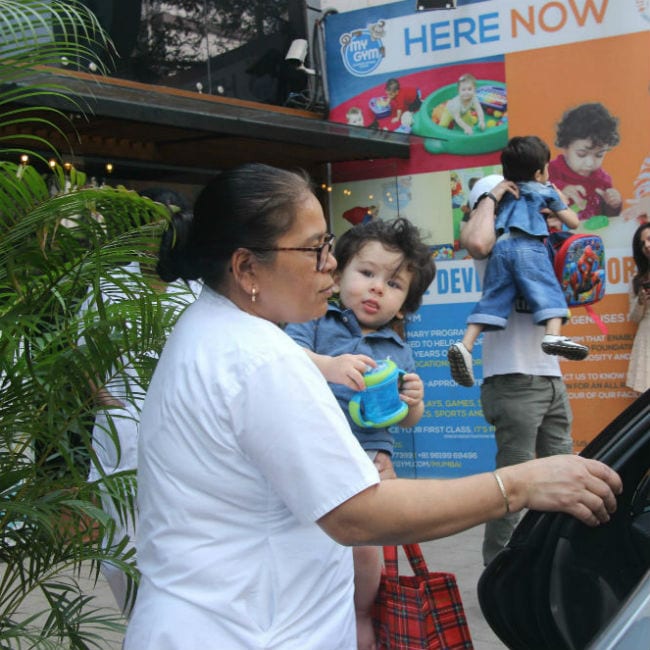 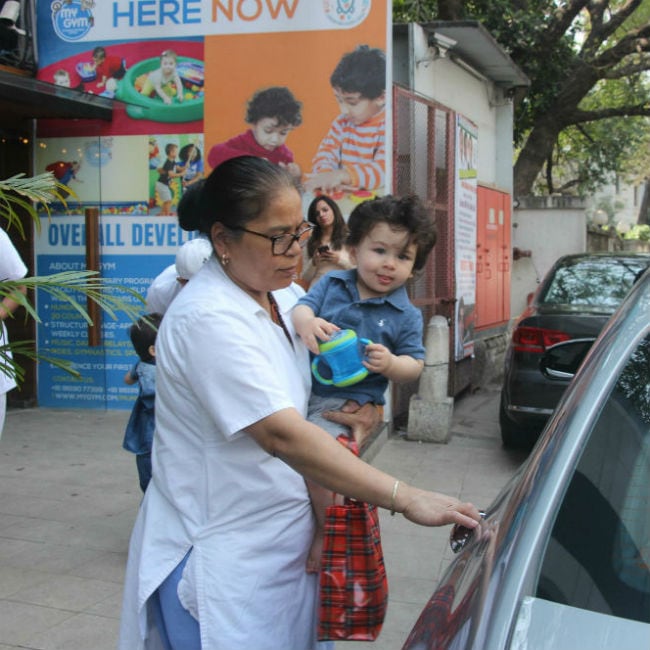 Taimur Ali Khan with his nanny

Since his birth Taimur Ali Khan has been one of the most pursued celebrity kids. Even though his parents - Kareena Kapoor and Saif Ali Khan - are not on social media, yet his pictures rule the Internet.

Saif Ali Khan, who's quite protective of his children, admitted that he and Kareena were expecting this kind of reaction when he was born. "Kareena and I knew there would be media interest in our son. It's hard to bring up kids without the attention; I don't know how he is going to react to the attention when he grows up," he told NDTV. Just like his parents, Taimur's own social circle includes a lot of big names including his cousin Inaaya, Laksshya Kapoor, and Roohi and Yash Johar.

Promoted
Listen to the latest songs, only on JioSaavn.com
Check out pictures from Taimur's birthday bash:

Kareena Kapoor is currently busy with Veere Di Wedding, which also stars Sonam Kapoor and Swara Bhasker and is expected to release in June. Saif Ali Khan was last seen in Kaalakaandi.