Sunaina Roshan On Alleged Harassment By Family: My Father Slapped Me, Hrithik Hasn't Got Me A House'

Sunaina Roshan's cry for help doesn't appear to have won over public opinion, if that was the intent. 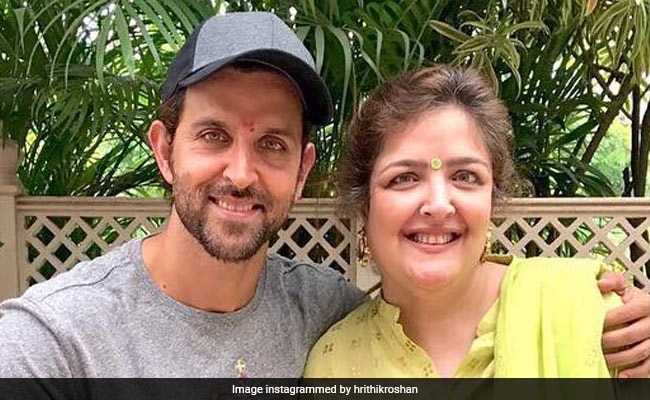 Sunaina Roshan, sister of actor Hrithik and daughter of filmmaker Rakesh Roshan, has told Pinkvilla a stunning tale of family drama and alleged abuse. That the Roshans as a family are currently navigating very troubled waters is in little doubt; in a statement posted on social media yesterday, Hrithik's ex-wife Sussanne Khan referred to Sunaina's 'unfortunate situation' but didn't explain what it was. Sunaina claims that her romance with a Muslim journalist has run into family opposition; she alleges that her father Rakesh Roshan hit her and that her brother Hrithik hasn't helped; she also claims that Hrithik has broken a promise to provide her with an apartment of her own and that her parents have limited her finances. Sunaina has repeatedly described her circumstances as 'living in hell.' Complicating this difficult family dynamic are actress Kangana Ranaut and her sister Rangoli Chandel, to whom Sunaina has reached out for help. There have also been concerns raised about Sunaina's mental health.

Sunaina Roshan claims to Pinkvilla that she is being persecuted for dating a Muslim journalist: "Last year my father slapped me and told me that the guy I loved was a terrorist. If he was one, would he go scot-free and work in the media? Wouldn't he have been behind bars? I met him through Facebook last year but I hadn't saved his number as I didn't want my parents to know. I want them to accept him right now because they are making my life hell and I cannot tolerate it. I don't know about marriage but right now I want to be with him."

Sunaina also claims that Hrithik has sided with her parents and that he reneged on a promise to get her a flat. "Hrithik had promised me that he would get me a house of my own, wherever that I wanted in Mumbai, but he has not done that. When I found a rented apartment for myself in Lokhandwala, he said it's too expensive for me. Is 2.5 lakhs rent too expensive for him? I don't think so. He didn't stick to his words. Everybody is harassing me today," Sunaina Roshan told Pinkvilla.

If her grouse about Hrithik refusing to pay her rent sounds somewhat entitled, Sunaina's interview also reveals that she depends on her parents for living expenses, that she's unhappy with the amount she's given and feels that 'as a Roshan' she's entitled to more. "Two days back I had asked my parents for money and they refused. Today they gave me just Rs 50,000 to run expenses for the entire month. Why am I not allowed more? I am their daughter. Am I not entitled to have more money being a Roshan? Since a year back I wasn't allowed any money but two days back, I asked my mom (Pinky) that I wanted a certain amount," Sunaina, 47, told Pinkvilla.

Asked why she turned to Kangana Ranaut, with whom her brother has publicly feuded for two years, Sunaina Roshan said it was because she, like Kangana, believes in women power. She also claims to not know what happened between Hrithik and Kangana but said there "cannot be any smoke without fire." Sunaina has publicly aligned herself with Kangana, recently tweeting: "I support Kangana all through."

Sunaina's outreach to someone who has been extremely candid about making an enemy of the Roshans might have led her into uncharted territory. Kangana is not on social media but her sister Rangoli, also her manager, is and has kept up a steady barrage of tweets calling the Roshans a 'dangerous' and 'criminal' family while also admitting that Kangana has blocked Sunaina. She also denied in tweets posted today that Kangana is taking advantage of Sunaina's vulnerability.

Sunaina Roshan's cry for help doesn't appear to have won over public opinion, if that was the intent. Twitter is full of comments suggesting that she start funding herself instead of living off her parents and brother.

You are a grown woman!! Go get a job and stop whining that your married brother won't take care of you anymore!!! #SunainaRoshan

#SunainaRoshan is such a leech . Trying to live off her brother and dads money . This #kangana@Rangoli_A have no business like Mohalla ke aunties har ghar main aag Lahane

that super moronic Sunaina Roshan wants to live in a 2.5 lakh per month rented apartment and needs around 2-3 lacs of cash for her monthly expenses from her brother n father without moving her own ass. What a shameless woman

Some tweets have defended Sunaina Roshan as being unqualified to earn her own living; among others, Rangoli Chandel responded to a tweet criticising Sunaina, saying she has always been dependent on her family, was married as a teen and holds no degrees.

You are not being fair @SumitkadeI , she lives in their house, she was always made to be dependent on them now suddenly in her late fourties they have stopped to give her any expenses. She was married of at the age of 16 she doesn't hold any degree or education....(contd) https://t.co/BPe7iOzxFK

The Roshans have maintained a resolute silence, save a tweet from Rajesh Roshan's son Eshaan calling Kangana and Rangoli 'vultures' as the family go through a 'sensitive period.' Yesterday, Sussanne Khan, who divorced Hrithik in 2014, also described the Roshans as having a 'tough period." Read Sussanne's statement here:

The little that is known about Sunaina Roshan's personal life belongs to the realm of gossip and rumour. She is believed to have been married twice; it is not clear if she is divorced from her second husband. In the last week, Sunaina has discredited a new report that claimed she was critically ill and in hospital and that she had been diagnosed with bipolar disorder; Rangoli Chandel alleged in a tweet that Hrithik Roshan's PR machinery was responsible for the bipolar rumour. Sunaina Roshan has survived cancer, a disease her father is currently battling.