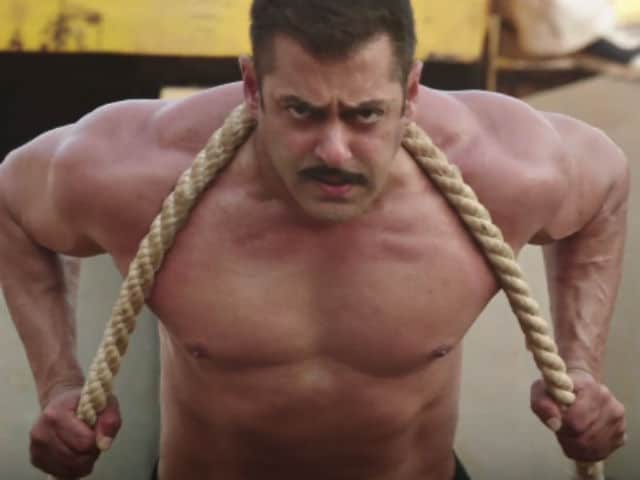 New Delhi: The much awaited trailer of Salman Khan's Sultan released on Tuesday and it's fantastic. Sultan does have a lot to prove and fight for - redemption, love and glory.

Salman, who plays a Haryanvi wrestler in the film, falls for Anushka Sharma soon after watching her wrestling on the ground and come what may, Sultan Ali Khan states that he will marry Aarfa (played by Anushka). He tries to woo Aarfa and even tries to speak in a Haryanvi sort of English to impress her. But doesn't succeed much. Rather, his English doesn't help.

Now, let's talk about his dreams. Sultan Ali Khan wants to win a gold medal in the Olympics for wrestling. And it appears that he accomplishes his dream.

But in a certain turn of events which are somewhat not clear, Sultan quits wrestling only to revive after a sabbatical.

Hope comes to him in the form of Amit Sadh who spots the spark in a desi wrestler with a paunch. Randeep Hooda, who plays Sultan's trainer, challenges him regarding his skills. He seems to have no hope in Sultan and also says that he doesn't train 'dead people.'

Will Sultan succeed in proving himself? Watch his story:
Directed by Ali Abbas Zafar, Sultan will release on Eid.