Sui Dhaaga Preview: Varun Dhawan And Anushka Sharma Are All Set To Win Your Hearts 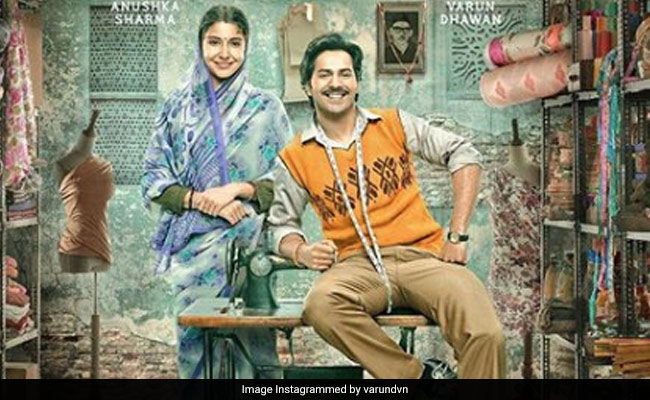 Get set to witness the inspiring tale of Mamta (Anushka Sharma) and Mauji (Varun Dhawan) as Sui Dhaaga is all set to hit the screens tomorrow. Set in a small town of Madhya Pradesh, the film showcases the struggles of the couple, who aspire to start their own clothing business. Varun Dhawan plays the role of a tailor in the film while Anushka Sharma plays his wife and an embroidery expert. Anushka is sharing screen space with Varun for the first time in the Sharat Katariya directed film. The duo have kept no stone unturned to prep for their role in the film. For his character, Varun Dhawan attended workshops for three months to perfect his sewing skills.

Anushka Sharma and Varun Dhawan have been promoting their film across all platform. As a part of their promotional activities, Sui Dhaaga actors Varun and Anushka nominated colleagues to take up the Sui Dhaaga Challenge and share videos of themselves threading a needle on social media. The challenge has been taken up by celebrities like Shah Rukh Khan, Salman Khan, Akshay Kumar, Ranbir Kapoor, Rajkummar Rao, Janhvi Kapoor and others.

Speaking about the film, Anushka Sharma in an earlier interview to news agency IANS said that Sui Dhaaga is a "family entertainer". "I believe every individual will connect with this film because we all have experienced struggle in our lives. People will also relate with each character of the film, be it parents, husband or wife in the film. I think this film is a full on family entertainer," Anushka told IANS.

The film's trailer released last month went crazy viral and has over 34 million views on YouTube. Watch the video of Sui Dhaaga here:

Speaking about his character in the film Varun Dhawan in an earlier interview to news agency PTI said: "I relate a bit to the fact how Mauji wants to prove, especially to his father, that he is worth something and he can be the bread-earner of this family. A lot of youngsters will relate with that because every time you want to start with something new, the people to actually put it down first will be your relatives because they want you to be safe, especially in the middle-class families."