Suhana Khan Shares Pics Of Her Teary Self From "Quarantine Filming" 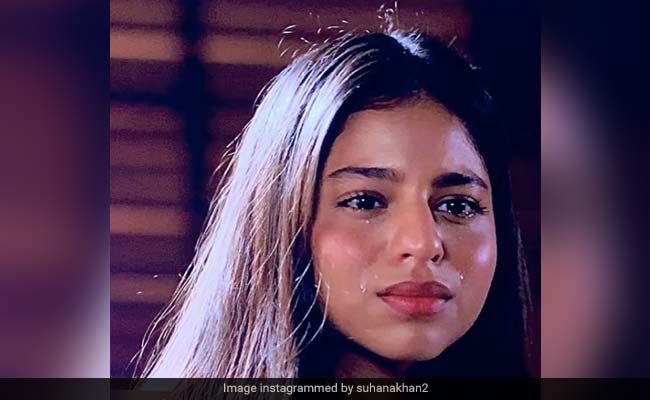 Actor Shah Rukh Khan's daughter Suhana is apparently working on another project (after the short film The Grey Part Of Blue) during lockdown. Suhana, who played lead roles in her school plays, shared a couple of teary-eyed pictures of herself on her verified Instagram page and she wrote, "Congrats, if you haven't seen me crying. Quarantine filming." The second part of her caption indicates that she may be up to something. Suhana's cousin Alia Chhiba (daughter of Gauri Khan's brother Vikrant Chhiba) wrote in the comments section, "This was amazing." Maheep Kapoor and Bhavana Panday also "loved it."

Congrats if u haven't seen me crying quarantine filming

Suhana Khan, 18, trended big time for her role in the aforementioned short film, which was directed by Theodore Gimeno. Before that Suhana played the heroine in an adaptation of Romeo + Juliet at a college event, the poster of which was shared by Shah Rukh Khan. He also wrote a short review: "What a wonderful experience and exceptional performances by the whole cast. Congratulations to the whole team."

Suhana Khan's acting prowess has also been assessed by actress Shabana Azmi, who saw viral clips of Suhana playing the lead role of Cinderella in a reimagination of the tale in school. She tagged Shah Rukh Khan and wrote, "Mark my words Suhana is going to be a seriously good actor. I've watched a short clip of her acting and it was terrific. Bless her."