Suhana Khan co-stars with Robin Gonella in the short film 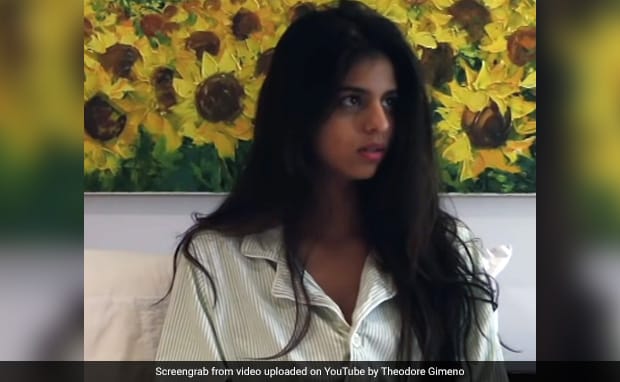 Suhana Khan in The Grey Part Of Blue. (Image courtesy: )

Shah Rukh Khan's daughter Suhana Khan occupied the top spot on the list of trends on Monday, courtesy her short film The Grey Part Of Blue. Suhana Khan made her acting debut with this 10-minute short film, in which she co-stars with Robin Gonella. The film is about a young couple, who face the realities of their relationship during a two-day long road trip to the girl's home. It wouldn't be wrong to say that the Internet loves Suhana Khan's expressions and her acting skills in this short film. Sharing The Grey Part Of Blue on social media, director Theodore Gimeno wrote: "Really excited to finally bring to you this project I've been working on for the past year!"

"I've been immensely lucky to work with such an amazing group of people: cast, crew and friends that helped me turn this idea into something real! So that's really awesome. And hopefully you will have enjoyed it too!" he added.

Check out the film here:

The teaser of The Grey Part Of Blue released last month and went crazy viral in only a couple of hours. Before the teaser, Theodore Gimeno maintained the excitement level among the fans by sharing the poster of the short film, featuring Suhana Khan.

Suhana Khan has studied films at England's Ardingly College. Last year, when Shah Rukh Khan attended Suhana's stage play Romeo + Juliet in London, he shared a special post for her. "With my Juliet in London. What a wonderful experience and exceptional performances by the whole cast. Congratulations to the whole team," wrote Shah Rukh Khan.