Suhana caption her photo with these lyrics from a Lana Del Rey song: "Walked into the room, you know you made my eyes burn, it was like James Dean." 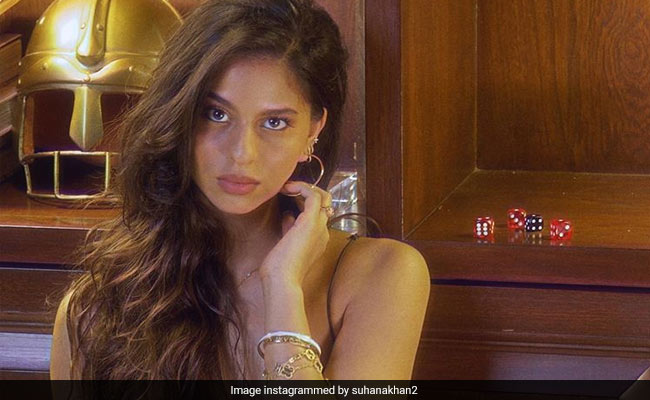 Suhana Khan summed up her present mood with a bunch of photos and a song by Lana Del Rey. Borrowing lyrics from Lana Del Rey's song Blue Jeans, Suhana caption her photo with these words: "Walked into the room, you know you made my eyes burn, it was like James Dean." Lana Del Rey's 2012 song Blue Jeans is said to be about her former flame, in which she compared him to American actor James Dean, who is remembered as a youth icon, a status he achieved for his films on teenage disillusionment. In one of the photos, Suhana can be seen going through the pages of a book on the life and achievements of James Dean. In another one, Suhana let her eyes do all the talking. We also got a glimpse of what appears to be the study room in Shah Rukh Khan's Mumbai residence Mannat.

walked into the room, you know you made my eyes burnn it was like James Dean

Suhana Khan, daughter of Shah Rukh and Gauri, appears to be a very private person - she only recently made her Instagram profile public. But such is Suhana's fan following already that she always trends for her new Instagram entries. Here are some of her recent posts:

my mum took these

Suhana Khan, who aspires to become an actress, studies film at New York's Columbia University. She has featured in a short film The Grey Part Of Blue, which was part of her college project from when she was studying films at England's Ardingly College. Suhana can only take up acting as a career after finishing studies, as per dad Shah Rukh Khan's mandate. Shah Rukh and Gauri are also parents to a sons Aryan and AbRam.