How cute is this picture! 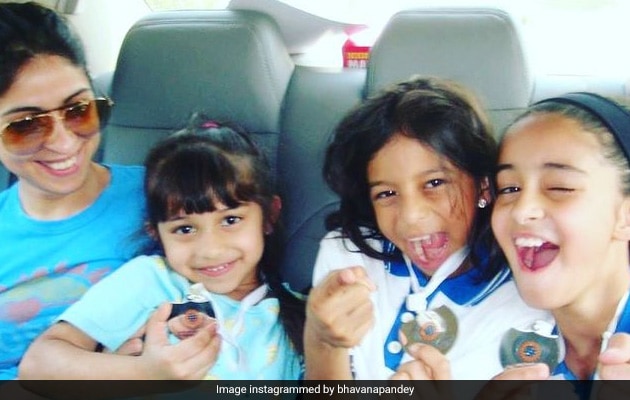 Bhavana Pandey struck throwback gold in her photo archives and shared a super cute picture of herself with daughters Ananya Panday and Rysa. The picture also features Shah Rukh and Gauri Khan's daughter Suhana. In her caption, Bhavana revealed that the picture happens to be from sports day at the Dhirubhai Ambani International School, where Suhana and Ananya studied. "School Sports Day Joy. #simplepleasures #missthesedays #toomuchfun," Bhavana Pandey captioned the post. Neelam Kothari dropped a comment on the post that read: "Sooo cute."

Ananya and Suhana are a part of a close-knit circle that also includes Maheep and Sanjay Kapoor's daughter Shanaya and Navya Naveli Nanda, daughter of Shweta Bachchan Nanda and Nikhil Nanda.

Suhana Khan has inherited her love for acting from her father Shah Rukh Khan. She studied films at England's Ardingly College and is currently a student at the New York University. Suhana also featured in a short film titled The Grey Part Of Blue, directed by Theodore Gimeno.