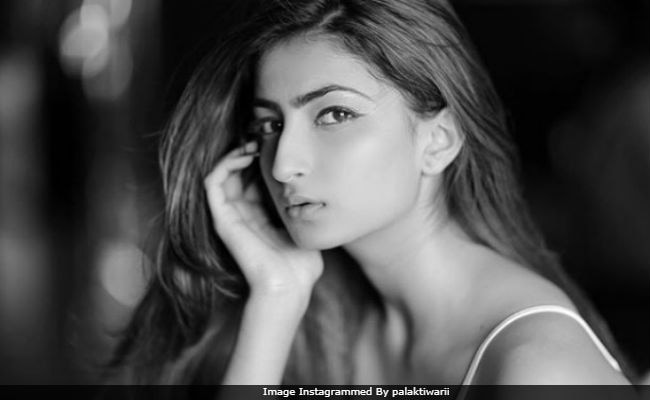 New Delhi: Television actress Shweta Tiwari's daughter Palak stole the limelight from her mom when she walked on the red carpet of an award show last July. Now, pictures of Palak, shared from her verified Instagram account, have become viral. Palak's pictures appear to be from a photoshoot and she totally stuns in black. Palak, who is an aspiring actress, is likely to make her Bollywood debut soon. Several months ago, Shweta, 37, told news agency PTI, "Yes, Palak is making her film debut. She is in talks for a film with Darsheel Safary too. The official statement will be out soon." The film is titled Quickie. (Darsheel debuted as child actor in Aamir Khan's 2007 film Taare Zameen Par).

See these stunning pictures of Palak.

Palak, reportedly 17, is Shweta's child with ex-husband Raja Chaudhary. Shweta and Raja married in 1998 and got divorced in 2007.

Shweta is now married to TV actor Abhinav Kohli and the couple together have a son Reyansh, who was born in November 2016. Shweta and Abhinav first met on the sets of their TV show Jaane Kya Baat Hui.

Shweta Tiwari became a household name after starring as Prerna n Ekta Kapoor's hit show Kasautii Zindagii Kay. She has also been part of shows like Parvarrish and Adaalat. Shweta is the winner of Bigg Boss 4 and later, she participated in the dance reality show Jhalak Dikhhla Jaa 6. Shweta's last show was Begusarai. Shweta has also starred in a few films like Madhoshi (2004) and Bin Bulaye Baraati (2011).
Comments
shweta tiwaripalak