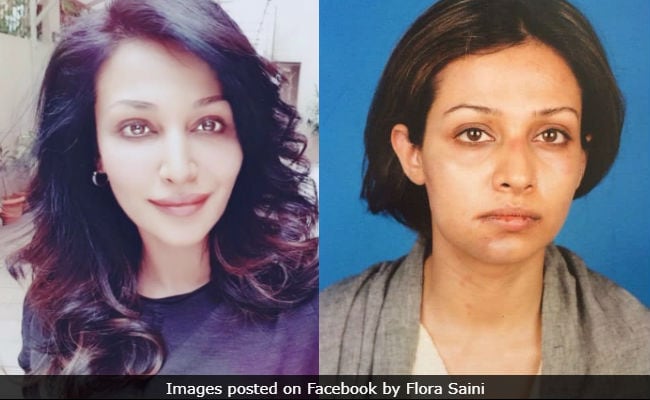 Actress Flora Saini, last seen as the ghost in Stree, has accused producer Gaurang Doshi of having abused and intimidated her in 2007. Ms Saini posted old pictures of her bruised face on Facebook yesterday, alleging Mr Doshi, her former romantic partner, left her with a 'fractured jaw and a scarred soul.' Flora Saini claims she didn't speak up when the alleged abuse took place because it was the word of a powerful producer against hers and that Mr Doshi threatened her with loss of work. Ms Saini writes that she was replaced in films and was refused auditions and that she has now found the courage to speak after the avalanche of #MeToo accusations in the film industry.

Flora Saini, also known as Asha Saini, debuted in the film industry in 1999 and has featured mostly in regional films. Her Hindi films include Begum Jaan and Stree. Gaurang Doshi is the producer of films such as Deewaar, Aankhen and Bawandar.

After Tanushree Dutta reopened a decade-old allegation of sexual harassment against Nana Patekar two weeks ago, several women in the film industry have shared their experiences of misconduct by male colleagues at the workplace. Vikas Bahl, Alok Nath, Rajat Kapoor and Kailash Kher have been named and shamed by actresses, journalists and writers.

These emerging stories of sexual assault, harassment, physical abuse and other forms of misconduct have prompted a statement from the Producers Guild in which they promise to work towards providing safe workplaces within the film industry. The Cine And TV Artistes Association or CINTAA has also responded proactively to complaints from actress Tanushree Dutta and writer-producer Vinta Nanda.