"I recently saw his film Karwaan and I was just blown away by that man," said Flora Saini 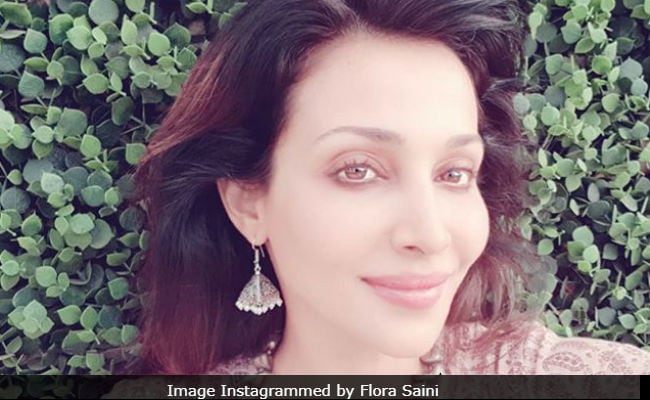 After scaring the audiences by playing a ghost in her last film Stree, actress Flora Saini wishes to share screen space with Malayalam actor Dulquer Salmaan (who recently made his Bollywood debut in Karwaan), reports news agency IANS. During a recent media interaction, Flora also opened up about her experience of working with Stree director Amar Kaushik, the film's success and more. Flora told IANS: "I would love to work with Dulquer Salmaan. I think he is handsome. I recently saw his film Karwaan and I was just blown away by that man. He's so good looking. So, he's somebody I'd definitely like to work with. Also his father... Sir is so good but Dulquer Salmaan is definitely on top of the list."

Flora, who played the titular role in Stree, also talked about how she didn't expect the film would receive such good response from the audience and told IANS: "I don't think anyone of us thought that Stree would do this well maybe because it is a horror-comedy. It's new and fresh. It is totally experimental but the kind of response we have got, I'm sure nobody was ready for it."

Talking about her Stree director, Flora said that Amar Kaushik is a new generation director with fresh and "experimental" ideas. "There are a lot of people from the regional belt who are coming and telling new stories. If I have to talk about Amar Kaushik, he's the breed of new-gen directors. All these people who have new ideas, they want to explore, they want to experiment and believe in the kind of cinema they would like to watch," IANS quoted her as saying.

Flora Saini has been a part of films such as Love in Nepal and Dabangg 2. However, her breakthrough film is Stree. Apart from Bollywood films, Flora has worked in Kannada, Telugu and Tamil films.