Flora Saini Asks Why Male Actors Are Not Tagged 'Bold,' Wants 'People To Grow Up'

"I just hope that people and media grow up enough to see me as an actress instead of just calling me 'bold actress'," said Flora Saini 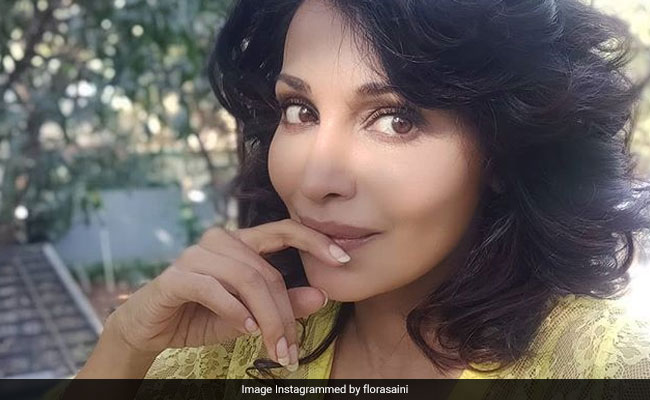 She also wants the media to be more responsible while posing questions to female actors.

"I just hope that people and media grow up enough to see me as an actress who is capable enough to explore a different style of acting and can be a part of a different genre of stories, instead of just calling me 'bold actress'," Flora told IANS here.

"Do they really call an actor 'bold'... an actor who is also there in the lovemaking scenes that I am part of? There is clear discrimination and stereotyping for female actors who have no inhibitions to perform any intimate scenes on-screen."

"Though I am proud of all the work that I have done, I expect more opportunity where I can showcase my acting skills that goes beyond 'bold scenes'. Such problems do not happen to male actors."

Flora recounted how during a media interaction for her latest short film Seasoned With Love, she was asked, "How does it feel to act in bold scenes".

"But they didn't ask the same to my co-actor... I so wish they change those questions now, if we are aiming to grow as a society and celebrating gender equality."

Flora is facing a typecast in the film and show offers coming her way. She is expecting a chance to break that once her upcoming shows get released.

"I have worked with Nagesh Kukunoor after a long time for the show City Of Dreams where I am playing an interesting mysterious woman. I am also playing a character in the Amazon Prime Video show Inside Edge 2. I hope people offer me more interesting roles once they release," said the actress.

(Except for the headline, this story has not been edited by NDTV staff and is published from a syndicated feed.)
Comments
flora sainiflora saini interview