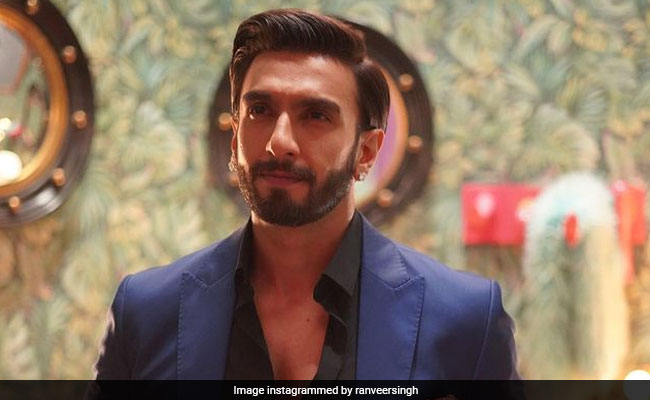 Hello there, Ranveer Singh! Another day, another fashion mood on Ranveer Singh's Instagram is here to wow us. The 36-year-old actor shared a bunch of photos of himself, looking sharp in a suit. While fans on his Instagram were busy admiring Ranveer's suited persona, his wife, actress Deepika Padukone had a query. Ranveer Singh captioned his photos with a single icon and Deepika Padukone wanted to know what exactly he was trying to say. "What is this emoji?" she commented. A Google search reveals that Ranveer's emoji is a bar soap, sort of denoting that he cleaned up well. Deepika Padukone was helped out by none other than Ranveer's Instafam, who pointed out exactly that in the comments section.

In terms of work, both Ranveer Singh and Deepika Padukone are awaiting the release of upcoming sports drama '83 - Ranveer has been cast as Kapil Dev while Deepika plays his wife Romi Dev. Ranveer Singh also has Jayeshbhai Jordaar in his line-up. He had wrapped the shooting schedules of two of his upcoming movies last year. Ranveer will also feature in a cameo in Akshay Kumar's Sooryavanshi, which will release in cinemas. Ranveer's upcoming projects also include Karan Johar's period drama Takht. He also has signed the dotted line for Rohit Shetty's new film Cirkus.

Meanwhile, Deepika Padukone also has the Hindi remake of The Intern in the line-up and Shakun Batra's untitled movie with Siddhant Chaturvedi and Ananya Panday. Deepika will also be seen in Fighter with Hrithik Roshan. She also recently announced her second Hollywood film, a cross-cultural romantic comedy.