Stop It, Saiyami Kher, Now We Are Missing The Beach As Well

Saiyami is in a throwback mood and is craving for some time on the beach. 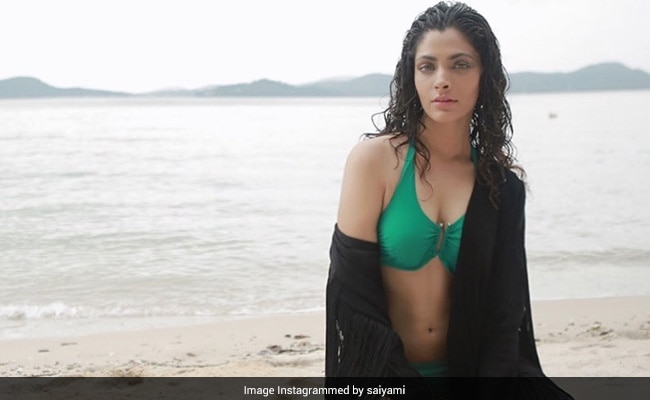 Some Instagram feeds are too hot to handle and Saiyami Kher's is certainly one of them. The actress keeps sharing stills from her photoshoots. However, currently, Saiyami is in a throwback mood and is craving for some time on the beach. In the latest pic, the 28-year-old star is seen donning a green bikini. She looks stunning in soaked tresses, casually sitting on the sand.

In the caption, Saiyami wrote, "Majorly miss the beach life." Her Choked co-star Amruta Subhash couldn't stop herself from reacting with a "Wowww". Actress Amruta Khanvilkar found the pic, "hawtttt."

Saiyami is right now waiting for the release of her film Wild Dog, featuring South superstar Nagarjuna Akkineni. The actress will play the role of a RAW agent in the Ahishor Solomon directed spy thriller. The film is slated to release in the cinemas on April 2.

She will next appear in the second season of Special OPS. The Neeraj Panday directorial features Kay Kay Menon in the lead role. On the show's first year anniversary, Saiyami shared a still from one of the episodes and wrote, "1 year of Special Ops. Waiting to report back to Himmat Singh." Saiyami plays the character of Juhi Kashyap in the series.

Saiyami was last seen in the OTT series Abhishek Bachchan's Breathe: Into the Shadows.