Stop It, Madhavan. His 'Smooch Of The Day' Pic Is Too Cute To Handle

Madhavan's feathery friend, planted on the actor's shoulders, can be seen giving a cute little kiss to Madhavan 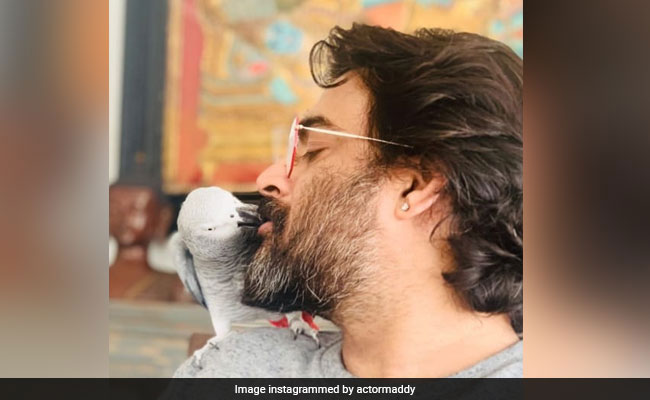 Madhavan shared this photo on his Instagram story (courtesy actormaddy)

Who wouldn't believe us if we say R Madhavan's Instagram updates are as awesome as he is IRL? No one. The 49-year-old actor shared a "smooch" photo on his Instagram story (yes, you read that right), featuring his pet bird Ashley. "My second smooch of the day," he recently captioned a photo along with the wink and the ROFL emojis. In the photo, Madhavan's feathery friend, planted on the actor's shoulders, can be seen giving a cute little kiss to Madhavan. The Rehnaa Hai Terre Dil Mein actor rescued the African grey parrot a few years ago in Mumbai, since when, the birdie has become the "boss of the house" but more on that later. 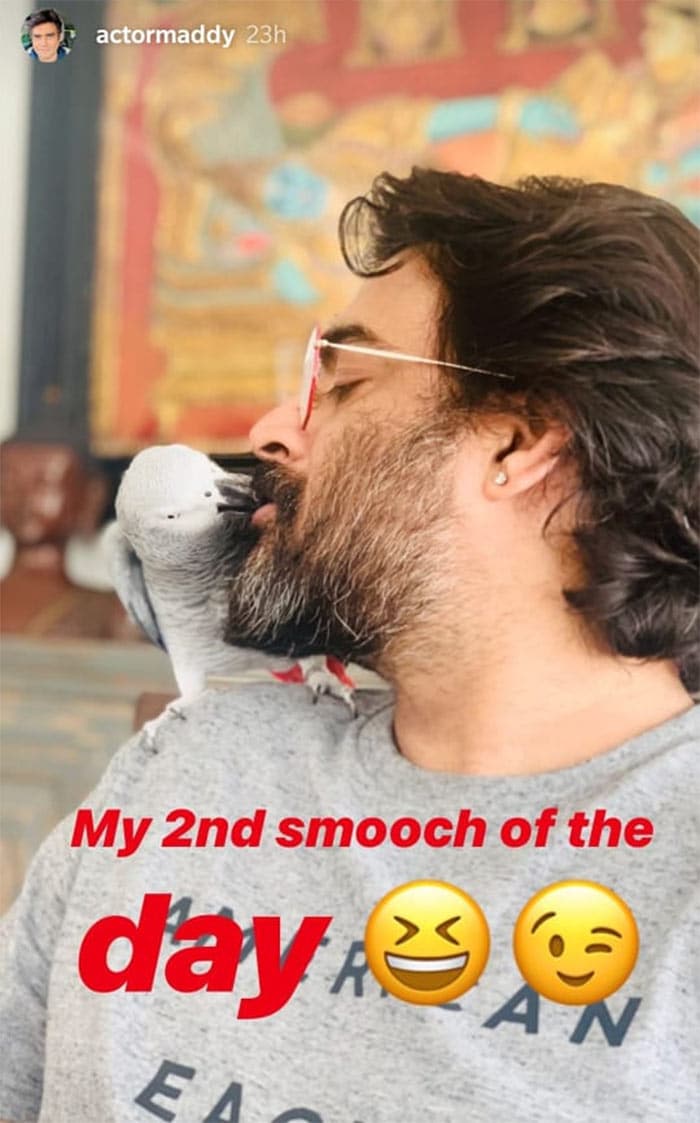 In 2016, this video of Madhavan sharing a cup of tea with pet parrot Ashley went crazy viral. Sharing a video on Facebook, Madhavan had written: "Ashley... our rescued African grey that has become the boss of my home... (forgive the slurping... Ashley loves it) what better way to have morning chai... if not with a slurp." LOL.

Madhavan, who is a member of PETA (People for Ethical Treatment of Animals), was criticised for keeping a pet parrot at home but he defended his decision by saying: "If I had left it out, it would've been eaten by crows. And the parrot is like my son. It isn't caged. It runs around the house freely. I also have two dogs that are more famous than I am," stated a DNA report.

On the work front, R Madhavan is best known for starring in films such as the Tanu Weds Manu series, 3 Idiots and Rehnaa Hai Terre Dil Mein among others. He has films such as Rocketry: The Nambi Effect, Nishabdham and Maara in the line-up.