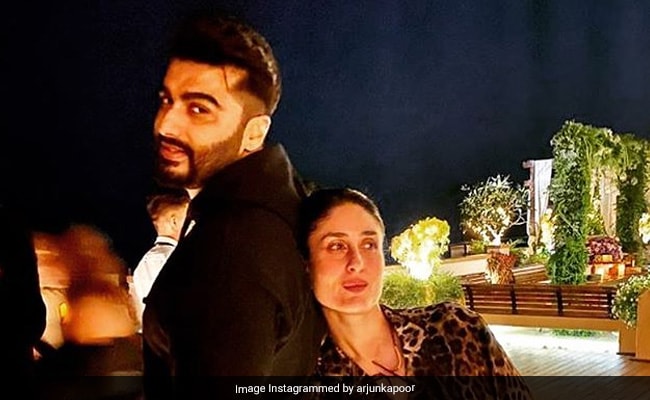 Arjun Kapoor always makes his fans laugh out loud with his humour-infused posts. This story is about a similar Instagram post, in which the actor hilariously revealed the "best advice" he got from his Ki & Ka co-star Kareena Kapoor during the lockdown. The advice is funny because it comes with a Saif Ali Khan twist. On Thursday, Arjun shared a meme on informative message "stay home, stay safe." However, he hilariously exchanged the word "safe" with a picture of Saif in the meme. LOL. Sharing it, Arjun Kapoor joked that it is the "best advice" Kareena Kapoor gave him. "Kareena Kapoor always gives me the best advice," he wrote in the caption.

Take a look at the screenshot of Arjun Kapoor's Instagram story: 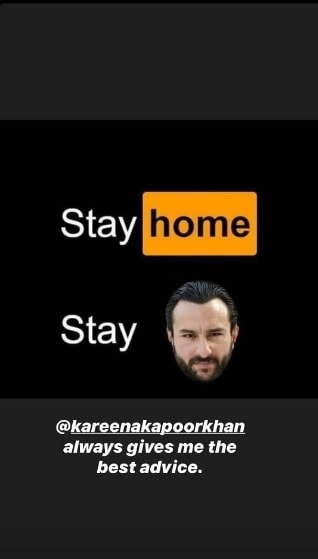 Arjun Kapoor shares a close bond with Kareena Kapoor. He is currently dating Malaika Arora, who is Kareena Kapoor's BFF. Arjun and Kareena have also worked together in R Balki's 2016 film Ki & Ka, in which they played husband and wife.

Earlier this year, Arjun shared a picture of himself and Kareena from Amrita Arora's birthday party. In the photo, the actress could be seen leaning on Arjun. Borrowing a line from Major Lazer and DJ Snake's 2015 track Lean On, the actor wrote: "Blow a kiss, fire a gun. Bebo's always got me to lean on."

Meanwhile, on the work front, Kareena Kapoor will next be seen in Laal Singh Chaddha opposite Aamir Khan and in Takht, in which she will share the screen space with Alia Bhatt, Ranveer Singh, Anil Kapoor, Vicky Kaushal and Bhumi Pednekar.