'Sridevi Was Like A Queen When She Descended From Makeup Van,' Recalls Superfan Rani Mukerji

"I remember telling my mom that I wanted to go and watch her," said Rani Mukerji 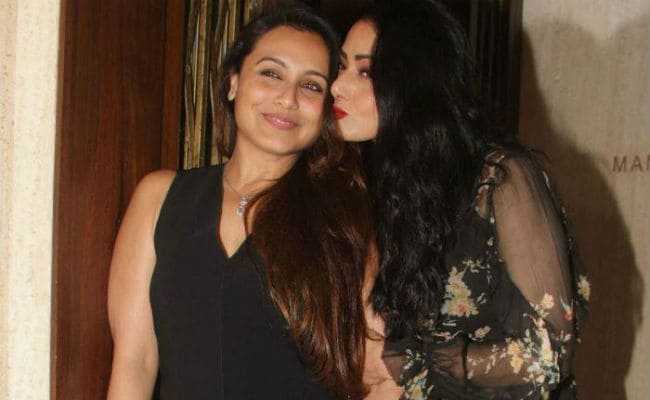 A file photo of Rani Mukerji with Sridevi

In a recent podcast interview with Rajeev Masand and Anupama Chopra, actress Rani Mukerji said that she "deeply misses" late actress Sridevi and that it was because of her that she decided to be an actress. When Rani was asked, what prompted her to pursue a career as a Bollywood actress, she mentioned that it was Sridevi. Rani said, "I grew up, became an actor to the time that she loved my work, so it was really like that kind of connection and I deeply miss her right now. I absolutely used to love watching Sridevi's films, just the sparkle in her eyes, like a charisma on screen and she made everything look so effortless."

During the interview, Rani recalled her school days, when she was a huge fan of Sridevi and would often plead her mother to take her to the actress' shooting site. "I remember telling my mom that I wanted to go and watch her and I remember going in my school uniform, with my backpack and just watching her and when she used to descend from her make-up van, she used to be like a queen because there used to be this 2 hour lunch break and no one could go and disturb her, it was very different then," Rani said.

Rani Mukerji and Sridevi were contemporaries in the Nineties. The only time they worked together was for the special song sequence in 2013 film Bombay Talkies. However, Rani mentioned that she shared a special bond with the Mr India actress and added, "My bond with her happened when she saw me that I am that same kid who was a fan."

Sridevi died at the age of 54 in February in Dubai after drowning in her hotel bathtub. She was last seen in the 2017 film MOM, for which she even received her first-ever National Award (posthumously).